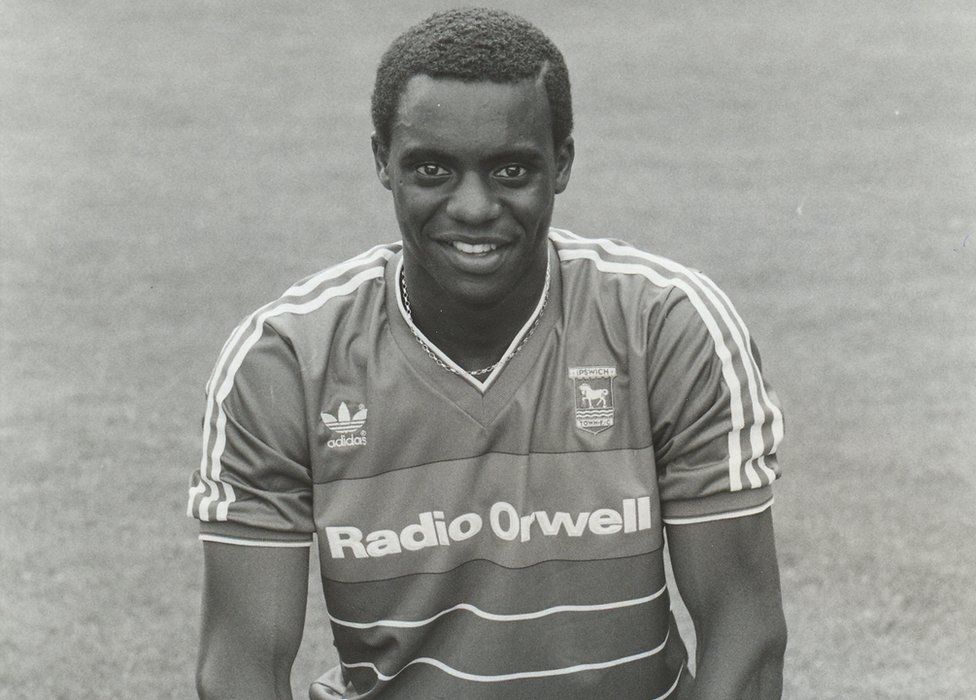 A police officer Tasered an ex-footballer for six times longer than is standard before kicking him twice in the head, a jury has heard.

PC Benjamin Monk is charged with the murder of Dalian Atkinson during an altercation in Shropshire in 2016.

He appeared at Birmingham Crown Court for the first day of his trial with co-accused PC Mary Ellen Bettley-Smith, who is charged with assault.

The former Aston Villa star died after he was Tasered for 33 seconds.

Prosecutors said the default setting for a Taser is five seconds but PC Monk, 42, continued to press the trigger, overriding the system for 33 seconds.

The court was told PC Monk tried to Taser Mr Atkinson, who had serious health problems, three times after he came to the door acting erratically and claiming to be the Messiah.

The first two attempts were ineffective but on the third Mr Atkinson fell to the ground.

While he was unresponsive, jurors heard the police officers “set about him”.

PC Monk kicked him in the head with such force imprints of his boot laces were left in two parts of Mr Atkinson’s forehead while Ms Bettley-Smith used her baton to strike him “a number of times” while he lay still in the road, the court was told.

Both officers, who jurors heard were in a relationship at the time of the incident, deny wrongdoing. However, it is the prosecution’s case their use of force was excessive and sustained while Mr Atkinson posed no threat.

Alexandra Healy QC said PC Monk was an experienced police officer with 14 years’ experience and would have known he risked causing Mr Atkinson “really serious injury” by kicking him in the head.

She said PC Monk had not been acting in self-defence but had been “angry” to have been “put in fear by this man”.

“He chose to take that anger out on Dalian Atkinson by kicking him in the head.”

PC Bettley-Smith too, she said, “was not acting in self defence or in defence of her colleague but also taking out her anger on a man who had earlier put her in fear, with the weapon she had been entrusted with to use lawfully”.

Ms Healy said the officers were “entitled to use reasonable force to protect themselves” and their conduct prior to the discharge of the third Taser cartridge was not criticised.

However, she urged jurors to “consider with great care” the defendants’ case they feared for their safety and were therefore entitled to use such force.

Witness Victor Swinbourne, who lived in the road, saw Mr Atkinson go down to the floor after being Tasered, describing him as appearing “unconscious, because he collapsed so quickly”, Ms Healy said.

Ms Healy said Mr Swinbourne saw the officer give a couple of “light kicks” before a “final massive and powerful kick” while Mr Atkinson “lay motionless on the floor”.

“The officer’s leg went straight back and snapped forwards as though he was kicking a football,” she told the court he said.

Ms Healy said another witness living in the road, Paula Quinn, thought the officers “kicked him 15 times as she counted them. They kicked him at full force”.

“Dalian was not moving when the officers were kicking him”, Ms Healy added.

Mr Atkinson, who had a long sporting career at a number of clubs including Ipswich Town, Sheffield Wednesday, Aston Villa and Manchester City, died in hospital at about 02:45 on the morning of the altercation.

He had been suffering with high blood pressure, heart disease and end-stage renal failure, the court was told.

The prosecution said although pathologists agreed his underlying health conditions meant Mr Atkinson was “at a greatly increased risk of dying”, he would have survived “were it not for the third Taser deployment and the kicks to his head”.