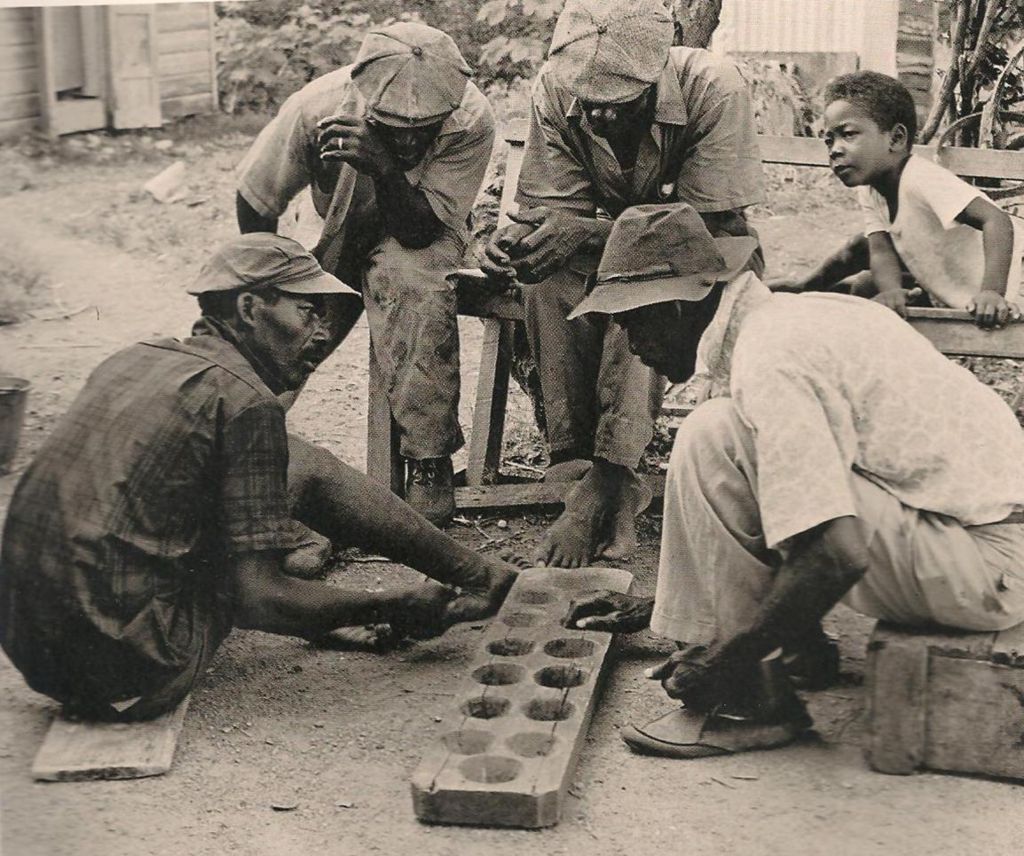 Under the shade of a wooden hut, a stone’s throw from the flurry and fumes of the Antiguan capital’s main bus station, a battle of wits is afoot.

Two men are bent over a handcrafted mahogany board, deep in concentration in the throes of a game of “Warri”.

As the tension rises, so too does the banter from the engrossed bystanders. One player makes a rash move, and both his opponent and the crowd jeer in response.

The “chess” of Antigua and Barbuda is a mind sport, psyching out one’s opponent is as critical as choosing one’s next move.

The lively scene is mirrored on street corners across the Eastern Caribbean nation where the age-old game, brought here by ancestors from Africa, is as popular today as centuries ago.

“Everyone plays, from young to old; it’s been handed down from generation to generation,” explains local resident Trevor Simon, who has claimed the world champion title multiple times since first entering international contests in the 1990s.

“It’s an easy game to learn and it’s connected to our ancestral past.”

Known as “Oware” in Ghana and “Ayoayo” in Nigeria, the game requires 48 seeds, dubbed “nickars”, found on the local guillandria bush. Each player controls six hollows on his side of the board and turns are taken moving the counters between the holes with the aim of capturing 25 of the opponent’s.

Warri has long provided a forum for discussing everything from politics to gossip. In colonial times it was banned by Europeans who feared its ability to draw African slaves together socially, driving it underground.

In addition to its cultural significance, there is another reason Mr Simon is one of Warri’s staunchest advocates. Co-founder of the country’s Warri Academy, he has seen the dividends it reaps in children’s mathematical ability.

“When you teach kids to play, you don’t just teach them the game but also our history and how it can help them mathematically,” he tells the BBC. “We write a maths problem out for them and show them how Warri can solve it.”

“Historically, Warri was used to teach numeracy in Africa. And army generals had to be conversant in it as it shows good analytical skills; you have to focus not just on your game but also on what your opponent is doing.”

His 11-year-old cousin and protégé Skye Simon is testimony to Warri’s educational value.

“I started playing when I was six; I liked that it helped me in math. You have to strategise, use multiplication and be quick to add and subtract,” she says.

“My maths was pretty good before but I feel like it has excelled a bit more. It used to take me almost a minute to solve a problem; now it takes a few seconds.”

The youngster says playing Warri has boosted her confidence too.

“I get nervous before games but I catch myself and continue. The secret is to think it through before you start so you have a clear idea of how you’re going to play,” she adds.

“I’d been watching for years but started playing seriously recently. As you improve, you get to compete against the better players,” he says. “It’s a mind-relaxer and it keeps my brain alert.”

Mr Simon learned Warri from his mother when he was nine.

“There was a barber shop in our village where people used to congregate to play. There were two men in particular who were exciting to watch, attracting huge crowds. The energy that exuded from them is what drew me in,” he says.

His prowess in the game saw him accorded the title “Oware Grandmaster” by the Mind Sports Council in 1999.

These days, it is the repartee and animation that accompany a match that he loves the most.

“Wherever we go to play and Africans are involved, there’s always excitement and commentary,” he smiles. “Other countries tend to play quieter, almost studiously.”

The ability to read an opponent’s body language is key, Mr Simon says.

“I will always remember playing a man described as the ‘Warri God of Ghana’. We played a friendly match before the tournament and he beat me,” he continues.

“When we sat down for the tournament, I looked him in the eye and told him, this is the real deal. Instantly, his body language was one of defeat. He shrank in his chair taken aback, and I won.”

Such grit just might be in Antiguans’ blood, Mr Simon thinks. It is after all a nation known for its steely-eyed cricketers like Sir Vivian Richards, a trait which spawned success on pitches the world over.

The coronavirus pandemic has temporarily put the brakes on international Warri competitions. For now, Mr Simon is turning his attention to promoting its legacy through his academy and a crusade to get the game added to the local school curriculum.

“I’ve given lectures all over the world about the importance of Warri and I’ve seen its value first-hand,” he adds. “It’s vital to get the young ones involved so, when I pass, they can carry on the tradition.”