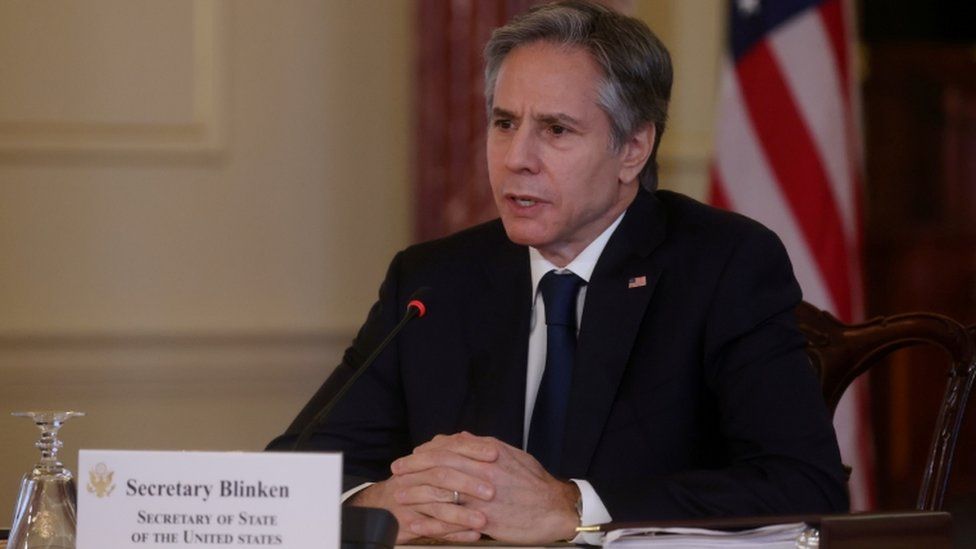 US Secretary of State Antony Blinken has accused China of acting more aggressively abroad and more repressively at home.

He said in an interview with CBS News the US did not want to hold China down but would not allow it to undermine the rules-based international order.

He noted that a military confrontation was profoundly against the interests of both countries.

Tensions have soared in recent times over trade, espionage and the pandemic.

The China-US relationship is crucial to both sides and the wider world, with Beijing repeatedly calling on the new administration in Washington to improve relations which deteriorated under President Joe Biden’s predecessor, Donald Trump.

Mr Blinken told CBS’ 60 Minutes that Mr Biden and Chinese leader Xi Jinping had talked about a wide range of topics in their first phone conversation, which lasted two hours, in February.

He stopped short of calling China an enemy even though the US has accused Beijing of stealing hundreds of billions of dollars in trade secrets and intellectual property.

But, he said, although China was acting like “someone who’s trying to compete unfairly and increasingly in adversarial ways… we’re much more effective and stronger when we’re bringing like-minded and similarly aggrieved countries together to say to Beijing: ‘This can’t stand, and it won’t stand’.”

President Biden, in his first address to Congress last week, made the point that he was not seeking conflict with China and said he had told President Xi in his call that “we welcome the competition” to be the dominant global power.