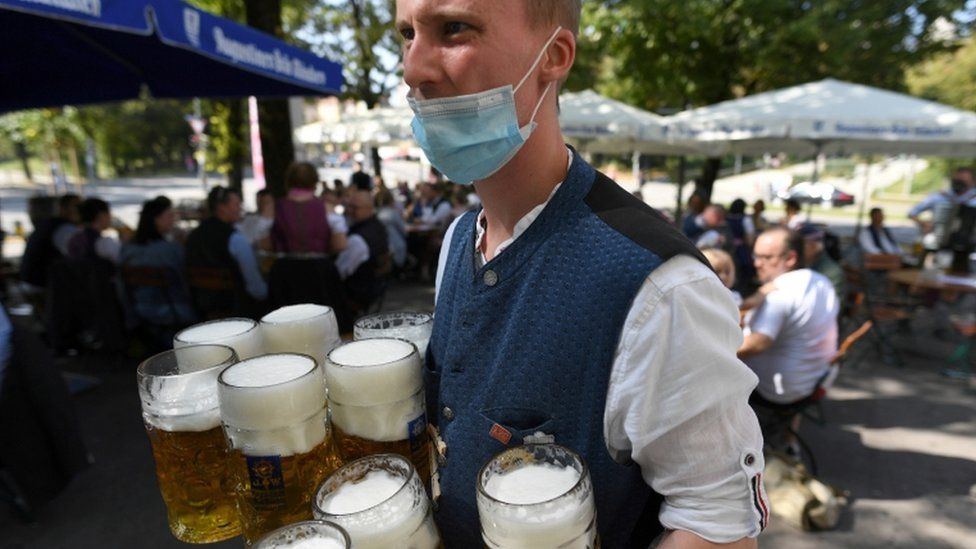 Authorities in Germany have cancelled the Oktoberfest beer festival in Munich over coronavirus concerns.

This is the second year in a row that the event has been called off due to the pandemic.

“The situation is too uncertain,” Bavaria’s Premier Markus Söder said on Monday.

Around six million people would normally attend the annual festival, which takes place in September and October.

Bavarian Premier Söder, meanwhile, said that measures such as face masks and social distancing “would not be feasible” in the festival’s traditional beer tents.

Mr Söder added that cancelling the event at a later date would have caused “economic loss”.

“Imagine there was a new wave and it then became a super-spreader event. The brand would be damaged forever and we don’t want that,” he said.

This year marks the 26th time the festival has been cancelled in more than 200 years.

According to its official website, Oktoberfest was first called off in 1813 – just four years after it began – due to fighting with Napoleon. Since then, it has been halted by wars, inflation and cholera.

The rules, which allow the federal government to impose an overnight curfew and shut schools wherever infection rates rise too high, have already been put in place in a number of cities.

Germany has reported around 3.4 million cases and more than 83,000 deaths since the pandemic began.