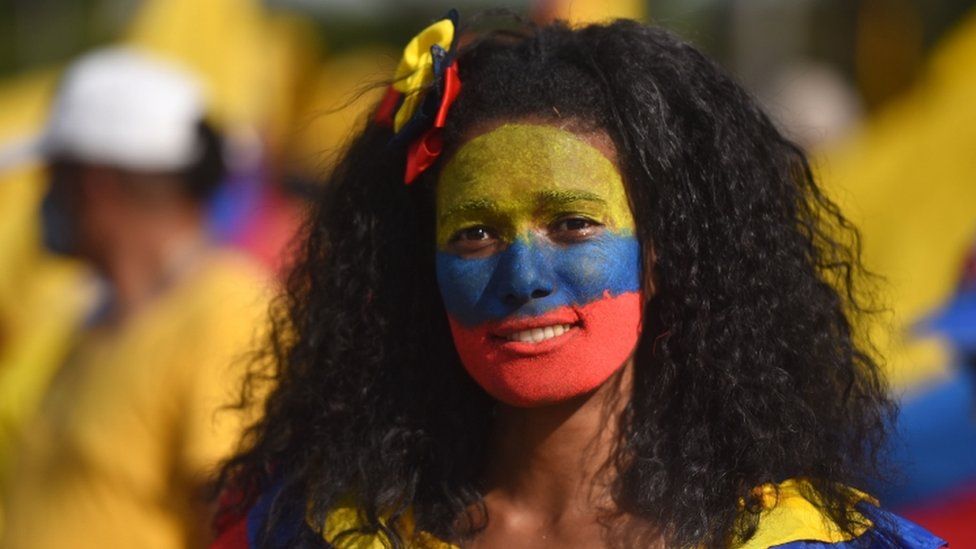 In a televised statement, he said his government would work to produce new proposals and seek consensus with other parties and organisations.

He had previously insisted tax rises were needed to respond to the economic crisis generated by the pandemic.

But tens of thousands of people took to the streets in anger at the bill.

Unions, who organised the protests, said it would disproportionately impact on the poorest people who were already struggling with the economic impact of Covid-19.

President Duque, in his statement, acknowledged “it is a moment for the protection of the most vulnerable, an invitation to build and not to hate and destroy”.

“It is a moment for all of us to work together without paltriness,” he added. “A path of consensus, of clear perceptions. And it gives us the opportunity to say clearly that there will be no increase in VAT for goods and services.”

Colombia’s gross domestic product (GDP) dropped by 6.8% last year, its deepest crash in half a century, and the coronavirus pandemic has further driven up its unemployment rate.

The proposed reforms would have lowered the threshold at which salaries are taxed, affecting anyone with a monthly income of $656 or more.

It would also have eliminated many of the current exemptions enjoyed by individuals, as well as increasing taxes imposed on businesses and the number of goods covered by value added tax (VAT).

The proposals caused outrage among many Colombians who say they are already struggling to feed their families during the pandemic.

Many middle-class Colombians and members of indigenous groups joined the protests.