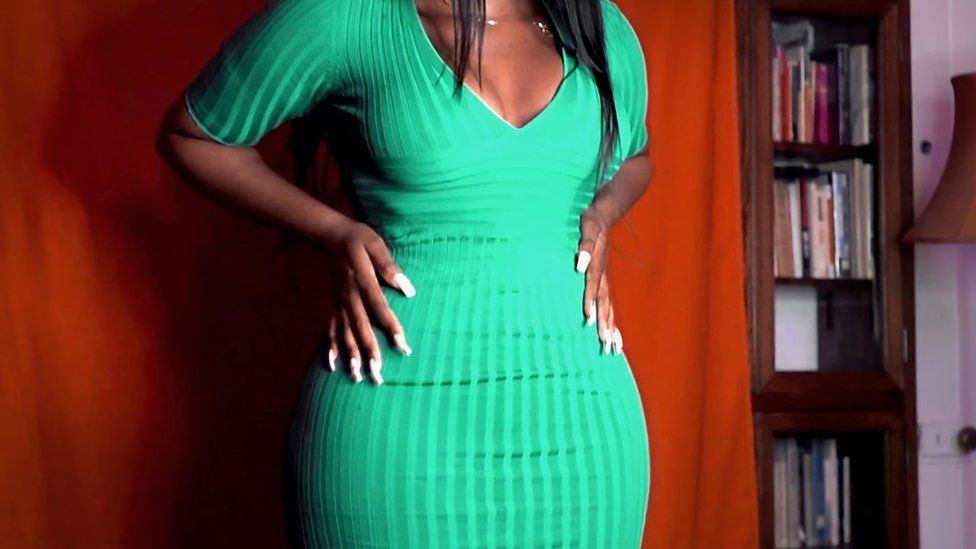 NHS England has urged Instagram to clamp down on accounts selling an unlicensed, “dangerous” drug mainly targeted at younger women and girls.

The sale of Apetamin is illegal in the UK, but BBC Three revealed it is available in shops and online.

In an open letter, NHS leaders say they are concerned about the product’s promotion and the impact on physical and mental health.

Instagram say selling non-medical drugs is “strictly against our policies”.

Apetamin is not licensed in the UK which means the regulator has not carried out tests to ensure it meets strict safety standards and it should not be sold, supplied or advertised.

Doctors say misuse of the appetite stimulant can cause severe fatigue, jaundice and even liver failure.

However, the syrup is regularly promoted by social media influencers as a quick way to gain weight and develop an extreme hourglass figure, like celebrities Kim Kardashian and Cardi B.

Instagram said it had taken down accounts that sell and advertise Apetamin in response to the BBC Three documentary Dangerous Curves, which aired on 21 April.

However, NHS England says it’s since found “dozens of profiles” are still active and when this was reported, “no action was taken”.

“We are concerned about both the physical and mental health impacts of the promotion of this drug and strongly urge you to demonstrate duty of care to your customers and clamp down now on this dangerous content.”

They say they are sending the letter “on behalf of NHS patients, staff and people experiencing body dysmorphia and other mental health conditions, as well as their families”.

The letter, which has also been signed by the Body Dysmorphic Disorder Foundation, has asked Instagram to confirm whether it thinks social media firms should contribute more financially to young people’s mental health services – which it’s claimed are increasingly being called on.

“It’s time these media giants stepped up to the plate and took some responsibility,” Claire Murdoch told the BBC.

“Here we are investing more than ever in mental and physical heath, these media giants like Instagram to need to contribute more as well.”

The BBC has found Apetamin is also still being sold on other online sites and in shops, following its investigation.

‘Social media has affected the way I think’

Two years ago, Vanessa was taking Apetamin on a regular basis.

“I used to be happy with my body, but social media has affected the way I think. I developed insecurities I never knew I had,” explains the 23-year-old.

“When you take Apetamin you can’t control the weight you gain. It doesn’t go to the right places, just straight to the belly. I was also really bloated and tired.”

Vanessa, who always bought the product in a shop, says removing accounts which sell Apetamin will help, but won’t solve the problem.

“A lot of people are blind to the pressure that makes you do things you shouldn’t do. People make rude comments and ‘skinny-shame’ you.

“They say you don’t look good and a curvaceous figure is the desired shape.

“It’s madness women and girls like me are willing to take such a risk, but the pressures must be hitting us hard for us to think it’s worth it.”

In a statement from the Facebook company, which owns Instagram, a spokesperson said: “The wellbeing of our community is our top priority and buying and selling non-medical or prescription drugs is strictly against our policies.

“We remove accounts that sell Apetamin when we become aware of them and block related hashtags so this content is harder to find.

“We’ll continue working with law enforcement and youth organisations to help keep drugs sales of any kind off Instagram.”

The Medicines and Healthcare products Regulatory Agency (MHRA) is currently investigating the sale of Apetamin, which is made by TIL Healthcare in India.

The company’s spokesperson has previously told the BBC it is not exporting the product to the UK and it has no information on its availability in the UK.