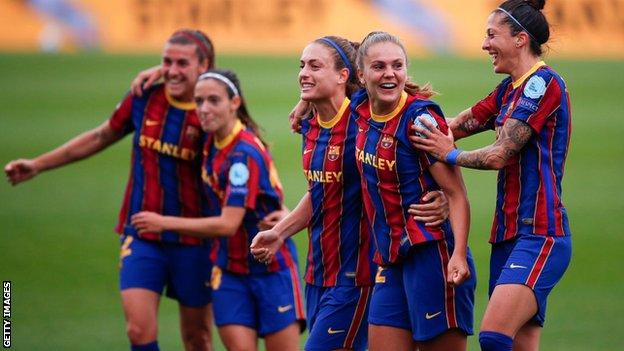 Two goals from Lieke Martens gave Barcelona a second-leg victory over Paris St-Germain and sent them through to the Women’s Champions League final.

Martens’ brilliant curling strike made it 1-0 before she thumped in a second at the back post after half an hour.

Marie-Antoinette Katoto got one back for PSG shortly afterwards, pouncing on a loose ball in the six-yard area.

Barcelona went through 3-2 on aggregate and will play Chelsea or Bayern Munich – who meet on Sunday – in the final.

Jennifer Hermoso hit a post minutes before Marta Torrejon’s header came off the top of the crossbar as Barcelona pressed for a third goal.

PSG pushed for an equaliser late on, knowing a second away goal would take them through, but Barcelona held on.