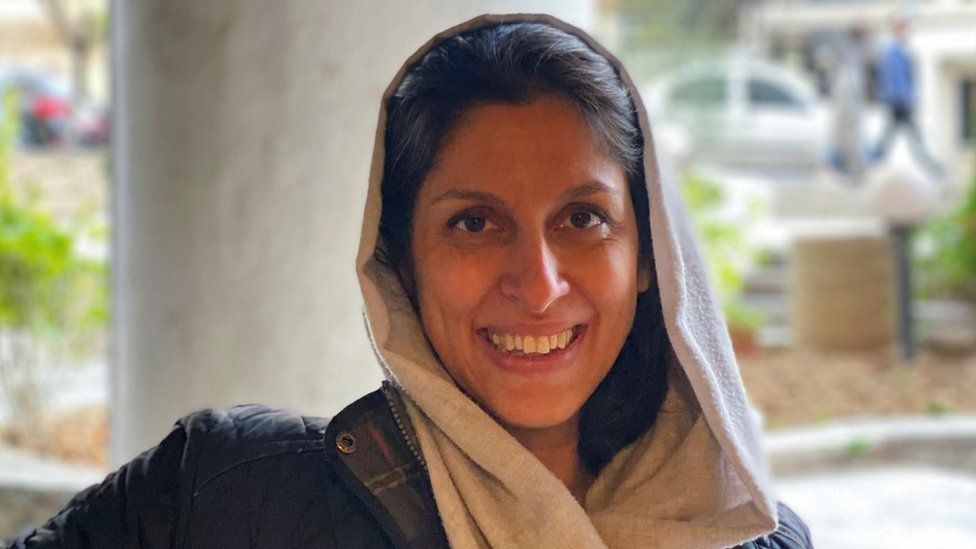 In a BBC interview, Mr Raab said Tehran was using her in “a cat-and-mouse game” for diplomatic leverage, after she was sentenced to prison again.

He also said he believed she was being held illegally under international law.

The 42-year-old British-Iranian mother has been held in Iran since 2016.

Following the foreign secretary’s interview, an anonymous official cited on Iranian state TV suggested the UK had paid a £400m debt to free her – but the Foreign Office insisted its position was unchanged.

It said Iran has made the claim before, without Mrs Zaghari-Ratcliffe having been released. A Foreign Office spokesman said it continued “to explore options to resolve” the case and would not comment further while “legal discussions” were ongoing.

Her husband, Richard Ratcliffe, said the family had not been updated but welcomed the signals from Tehran over the long-running dispute as “a good sign”.

“My instinct is that it is actually a sign we are in the middle of negotiations rather than at the end of them,” he told the BBC.

“But we will keep our fingers crossed – for ourselves, and all the other families caught up in this.”

Mrs Zaghari-Ratcliffe, a charity worker from West Hampstead, served a five-year sentence for spying charges, which she has always denied, before being convicted of propaganda against the regime and sentenced to a further year in jail and one-year travel ban last month.

Her husband maintains she is being used as a bargaining chip by Tehran in a dispute with the UK over an unpaid debt from the 1970s related to a military contract, and as leverage in talks over the nuclear deal between Iran and world powers.

Speaking on the BBC’s Andrew Marr Show, Mr Raab said: “Nazanin is held unlawfully, in my view, as a matter of international law. I think she’s being treated in the most abusive, tortuous way.

“I think it amounts to torture the way she’s being treated.”

He said there was an “obligation on Iran to release her immediately and without condition”.

Asked if she was being held hostage, Mr Raab said it was difficult to argue against that characterisation.

“It is clear that she is subjected to a cat-and-mouse game that the Iranians, or certainly part of the Iranian system, engage with and they try and use her for leverage on the UK.”

The foreign secretary said her imprisonment was “not solely” about the debt owed by the UK for failing to deliver tanks to Iran.

“We’ve said that debt is something we want to have resolved,” he said.

But he said the wider context of the forthcoming elections in Iran, which will vote in a successor to President Hassan Rouhani, and the talks in Vienna over the nuclear deal were more significant issues.

Mr Ratcliffe, who has not seen his wife since 2016, welcomed the foreign secretary’s remarks about torture, saying they set down a “rhetorical and legal red line”.

“This has weight in international law. All states, including Iran, have an obligation to prohibit torture,” he told the BBC.

“You can’t un-torture Nazanin but the government can make sure this is not happening to others.”

A medical assessment carried out for the human rights charity Redress found Mrs Zaghari-Ratcliffe had post-traumatic stress disorder from her treatment in Iranian prisons and the uncertainty about her fate.

She was released in March due to the coronavirus crisis and has been living under house arrest. She has not yet been taken back to prison and plans to appeal against the latest conviction.

Her daughter, Gabriella, was with her mother when she was arrested and returned to the UK in 2019 to begin school.

The six-year-old has not yet been told about her mother’s latest prison sentence, with Mr Ratcliffe saying he felt it would be better to wait until she has to return to jail before breaking the news.