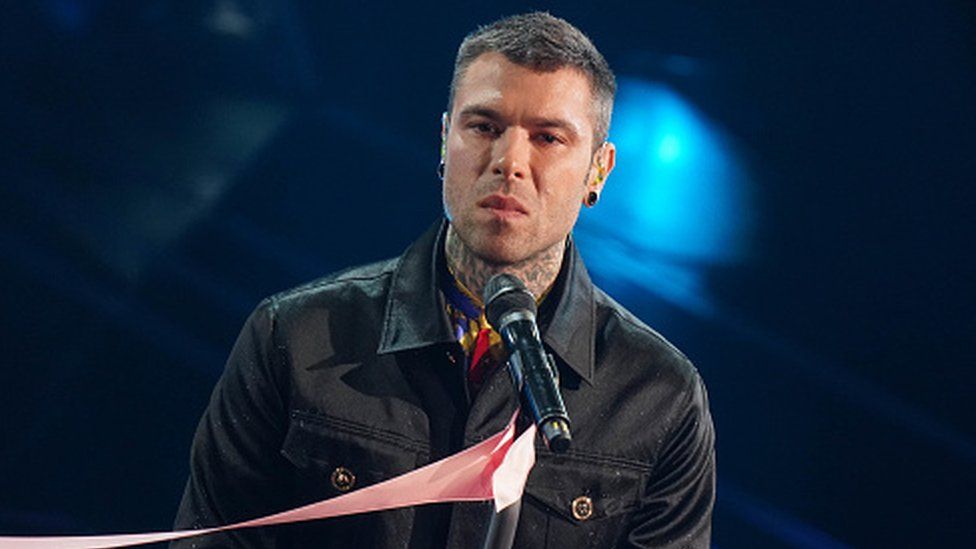 Italian rapper Fedez has sparked a political row after accusing the national broadcaster of trying to censor his condemnation of homophobia during a televised concert.

Fedez said the broadcaster, Rai, had asked him to submit his planned remarks before the performance on Saturday.

The rapper refused and went ahead with his criticism of homophobic statements by members of Italy’s right-wing League party.

But in a tweet, Fedez released a recording of a phone call with the deputy director of Rai 3, a TV channel owned by the state broadcaster.

Fedez alleged that the TV executive asked him to omit the names of politicians he planned to criticise during his performance at Saturday’s concert, which was aired by Rai 3.

“I am asking you to adapt to a system that you probably don’t get,” the official is heard saying during the call.

In response, Rai said Fedez only released a snippet of the call, which did not include the TV executive’s denial of censorship.

On stage at the Labour Day concert, Fedez said the broadcaster eventually “gave me the go-ahead to express myself freely”.

The rapper delivered the controversial remarks in support of legislation that would punish violence against women and LGBT people as hate crimes in Italy.

Fedez accused the League party – which is headed by Matteo Salvini – of blocking the bill in parliament.

The bill was approved by the lower house of parliament last year, but its passage has been delayed in the upper house by the right-wing opposition.

Conservative politicians argue that the legislation would make it illegal to publicly oppose gay marriage or adoptions by gay people.

On Sunday, members of parliament from across the political spectrum waded into the debate.

Fedez garnered support from two former prime ministers, including Giuseppe Conte and Democratic Party leader Enrico Letta, who called on Rai to apologise to the rapper.

Mr Salvini, however, criticised Fedez, whom he invited for a discussion about “freedom and rights”.

In a Facebook post, Mr Salvini said the hate-crime legislation Fedez supported was not necessary, because the law already punished those found guilty of discrimination on the basis of sexuality.