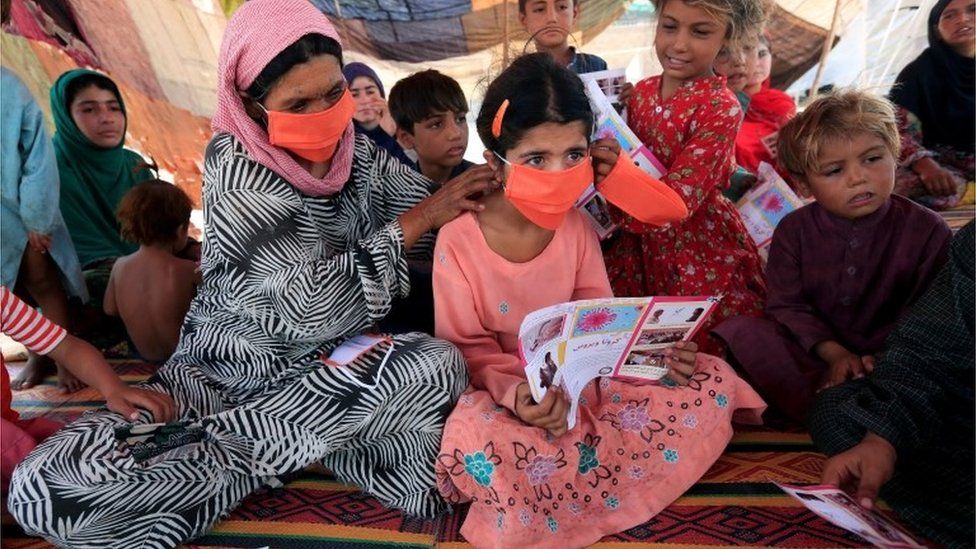 The UK government is to cut 60% of its funding to Unicef, the United Nation’s children’s fund, as part of its move to reduce spending on foreign aid.

It means the UN agency, which distributes humanitarian aid to children around the world, will get £16m this year, down from £40m.

Unicef warned of “serious consequences” for children, particularly those affected by Covid-19.

The Foreign Office said the pandemic has forced it to make tough decisions.

The government announced last year it would cut UK aid spending from 0.7% of national income to 0.5% – which amounts to a reduction of more than £4bn.

Some MPs defended the cuts at the time as being backed by the public, with some politicians arguing that domestic spending should come first during the pandemic.

This cut is the latest to be announced as aid charities and agencies begin to reveal the impact of the government’s reduced overseas development budget.

In a statement, the UK committee for Unicef said it was “deeply concerned” by the decision.

It said the agency had been able to respond to the most pressing education, protection and health needs of children affected by Covid in 2020 thanks to the UK government funding.

It went on to say it was too soon to know the full impact of this and future cuts on the Unicef programme but there was concern children living in some of the world’s worst crises and conflicts would suffer the consequences.

Unicef acknowledged the “challenging” financial situation facing governments, but called on the UK government to return to spending 0.7% of the national income on foreign aid from 2022 “at the latest”.

A spokesperson for the Foreign, Commonwealth and Development Office said: “The seismic impact of the pandemic on the UK economy has forced us to take tough but necessary decisions, including temporarily reducing the overall amount we spend on aid.

“We will still spend more than £10bn this year to fight poverty, tackle climate change and improve global health.”

Earlier this week, the BBC obtained an internal Foreign Office memo which said funding for global water, sanitation and hygiene bilateral projects would be cut by more than 80%, prompting criticism from leading charity WaterAid.

It also emerged that the United Nations global family planning programme would not receive £154m for its projects, as pledged by the UK, and would instead get about £23m this year.

Asked about the cuts, Prime Minister Boris Johnson said the government had always been clear it intended to return to spending 0.7% of national income on aid when it was “fiscally prudent to do so”.

Separately, the UK government has given the BBC World Service £8m to help tackle disinformation and inaccurate news reporting around the world.

Foreign Secretary Dominic Raab said it would allow the BBC to “take impartial journalism to many more people around the world, by countering those who distort the truth to mislead the public”.

The money comes on top of previous funding for the BBC’s World2020 programme, which was launched in 2016 and aims to expand the BBC’s global reach.

BBC director-general Tim Davie said through the programme the World Service has achieved an all-time record audience of 351 million, in 42 languages, with the BBC’s global news services now reaching 438 million every week.