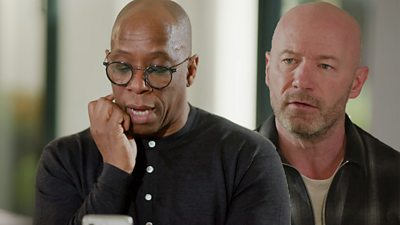 Ian Wright sits down with fellow former England international Alan Shearer to discuss the effect of racist abuse online and shows him an abusive direct message he received that morning.

Football clubs, players, athletes and a number of sporting bodies have begun a four-day boycott of social media in an attempt to tackle abuse and discrimination on their platforms. It began at 15:00 BST on Friday and will end on Monday at at 23:59 BST.