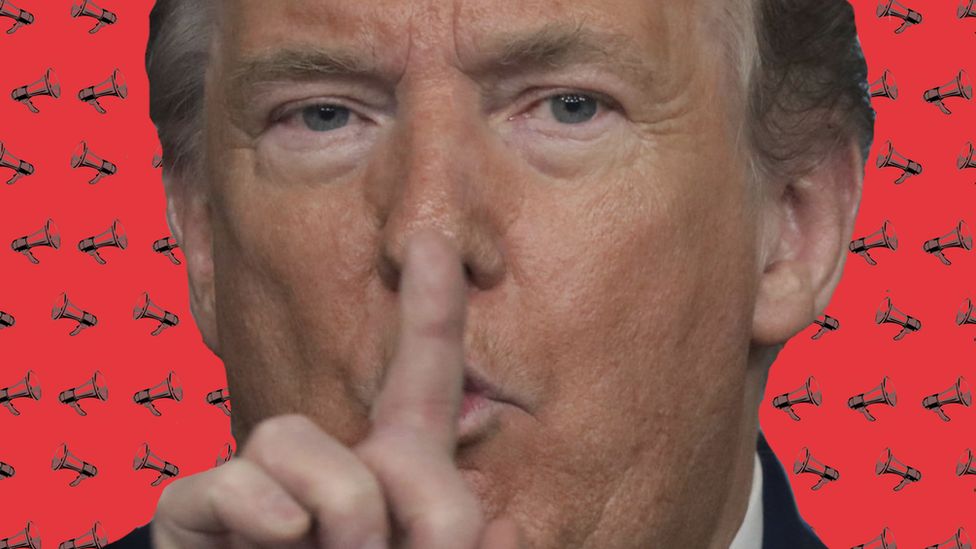 A controversial new bill that would stop tech companies from deplatforming politicians has been approved by both houses in Florida’s legislature.

The bill must now be signed off by Trump ally, Governor Ron DeSantis.

The legislation allows platforms to suspend accounts, but only for 14 days, and could fine the platforms as much as $250,000 per day for violating the law.

NetChoice, a group that promotes free expression on the internet, testified against the legislation last month.

Since leaving office, Donald Trump has spent much of his time in Florida and is believed to be close with Mr DeSantis, as well as other high-ranking Florida Republicans.

However, critics say the law could have unintended consequences.

“Just as that would violate the First Amendment [guaranteeing the right to free speech], so too does [this bill] since it would similarly force social media platforms to host content they otherwise would not allow.”

Although the bill was passed in the state’s House and Senate on Thursday, it’s likely tech companies will challenge it in court – saying the bill violates American’s First Amendment rights.

The bill includes a clause that exempts a company “that owns and operates a theme park or entertainment complex” – which allows Disney to be exempt from this bill.

NBC Miami reported some law makers saw this as “hypocritical”.

“If Facebook buys a theme park, does that prevent us from being able to regulate what happens on Facebook?” asked Andrew Learned a Democratic member of Florida’s House of Representatives.

“So, if they bought a theme park and named it Zuckerland and he met the definition of a theme park under Florida statute, then yes,” said Republican Representative Blaise Ingoglia.