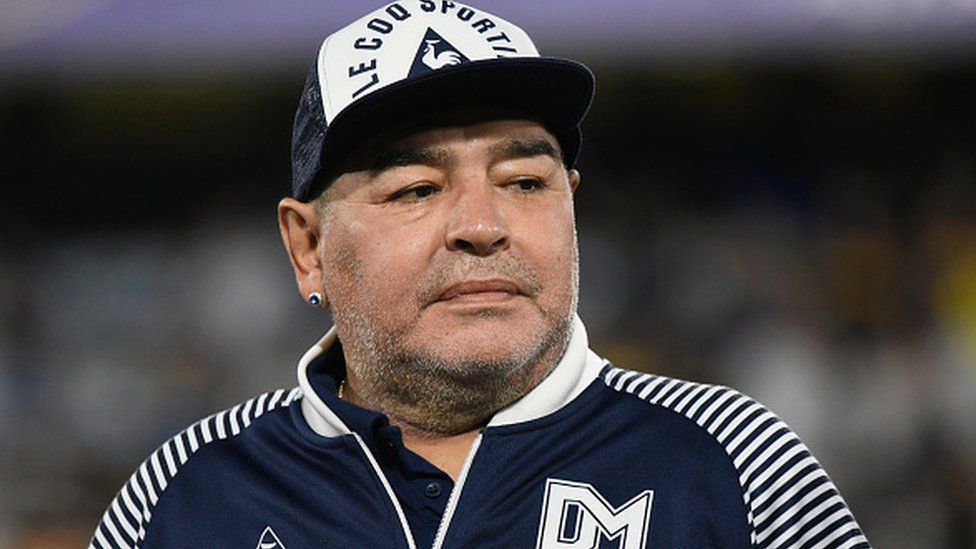 Prosecutors in Argentina asked the panel to investigate Maradona’s medical team after the footballer’s death in November last year.

Maradona died of a heart attack at his Buenos Aires home, aged 60.

He had successful surgery on a brain blood clot earlier in November and was to be treated for alcohol dependency.

One of the greatest football players of all time, Maradona had a troubled personal life marked by cocaine and alcohol addiction.

The death of Maradona, who captained Argentina to World Cup glory in 1986, plunged the footballing world into mourning, and raised questions about his medical treatment.

A few days after his death Argentine prosecutors launched investigations into the doctors and nurses involved in his care.

In March, prosecutors convened a panel of 20 medical experts to examine Maradona’s cause of death and to determine if there had been any negligence.

What does the panel’s report say?

The panel’s findings were reported by local media in Argentina on Friday.

In a 70-page report, the panel said Maradona had become seriously ill about 12 hours before his death. During this period he was “not properly monitored”, the report said.

The medical experts said Maradona may have had a better chance of survival had he been treated at a medical facility rather than his home, the newspaper reported.

The panel concluded that the action taken by Maradona’s health team was “inadequate, deficient and reckless”, according to Reuters news agency, which obtained a copy of the report.

Maradona’s personal doctor Leopoldo Luque, 39, and his psychiatrist are among the medical professionals being investigated by prosecutors.

Now the medical panel has released its report, prosecutors will decide whether to bring any charges. Clarín said manslaughter could be among the charges being considered.

The legal proceedings were prompted by a complaint filed by two of Maradona’s daughters. They raised concerns about their father’s treatment after the brain operation.

Dr Luque has not been charged. He denies any wrongdoing.

In an emotional press conference in November, Dr Luque cried, saying he had done all he could to save the life of a friend.

The doctor said he had done “everything he could, up to the impossible”.