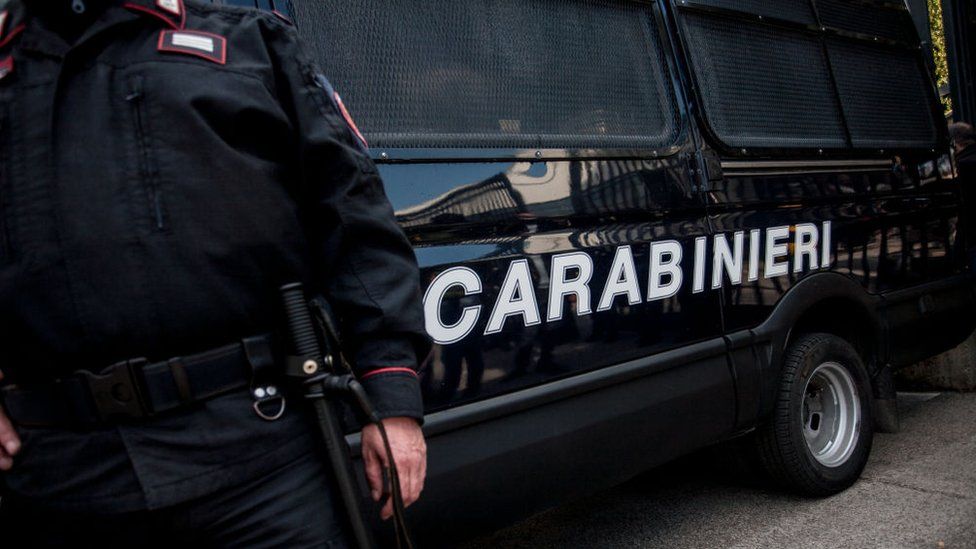 Two people have been killed following a raid on a jewellery shop in Italy, according to local media.

The owner reportedly opened fire after three armed thieves broke into his shop in the village of Grinzane Cavour, in the Piedmont region, on Wednesday.

Two died in the street, while a third suspect was wounded in the leg and later arrested.

Stefano Campanello said his 66-year-old client was “heartbroken” by what had happened. He has not been charged but could face charges of manslaughter and using excessive force in self-defence.

Local Mayor Gianfranco Garau, who was in an evening meeting in the nearby town hall during the shooting, told Italian media that events remained unclear.

“I only know that an honest and good family has been targeted,” he was quoted as saying.

Newspaper Corriere della Sera reports that the shop owner’s wife and daughter were inside the shop when the group – armed with a gun and knife – entered.

The third suspect has been questioned by carabinieri military police but has so far not been charged, the newspaper added.

According to Ansa, at least five shots were fired. Emergency workers were unable to save two of the suspected thieves.

What is the law in Italy?

The definition of self-defence was broadened in Italy in 2019.

The change removes the need for proof that an intruder poses an immediate physical threat and instead allows individuals to use self-defence in response to a perceived threat of violence.

According to Italian newspaper Il Giornale, the purpose of the investigation is to determine whether or not the jeweller fired his weapon inside his shop.

Matteo Salvini, the leader of Italy’s far-right League party and the man behind the 2019 law, tweeted his support for the jeweller and his family.

“Defence is always legitimate,” he wrote.

Around 14% of Italian civilians own guns, according to the Small Arms Survey – a figure lower than in neighbouring countries. All private arms must be registered with the local authorities.