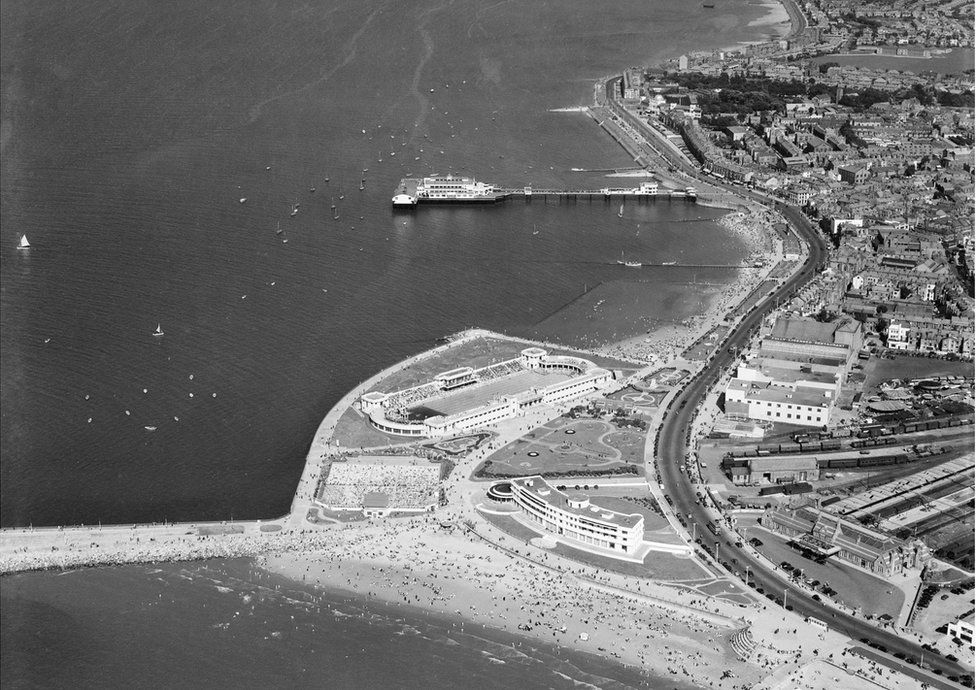 Photos taken from an aeroplane show England’s busy seaside resorts and towns during their heyday during the 20th Century.

The images are part of the Aerofilms Collection, held by the Historic England Archive.

Outdoor pools and entertainment facilities were popular with millions of holidaymakers in places likes Blackpool, Weston-super-Mare and Burnham-on-sea.

The development of affordable international air travel contributed to the decline of seaside resorts in England in the second half of the 20th Century.

The aerial photos can be seen in the new book England’s Seaside Heritage from the Air, written by Historic England’s tourism history expert Allan Brodie.

“While writing this book, locked down and unable to visit the seaside, it was a pleasure to wander along England’s coast via the thousands of images in the collection,” he said.

“The photographs hopefully capture the joys of our coastal resorts, including some fascinating features that alas no longer survive, as well as passing moments in the story of our seaside holidays.”

The images give an insight into the history of coastal communities, and the relationship between transport and resort development.

A photo of Clacton-on-Sea, Essex, shows paddle steamers moored at the end of the pier bringing in visitors.

In Burnham-on-Sea, Somerset, an octagonal paddling pool was built on the beach by a local couple in 1921.

The pool was a gift of thanks for the safe return of their five sons from World War One.

Here are photos of other seaside locations seen from above.