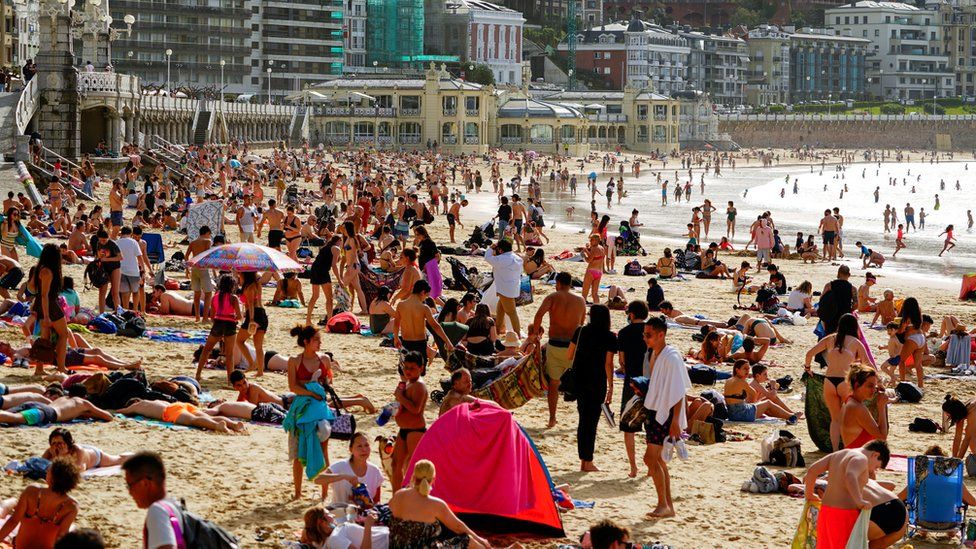 Most of Europe should be cleared for take-off under the government’s planned easing of air travel restrictions, says EasyJet boss Johan Lundgren.

His call not to delay the resumption of mass travel was echoed by Virgin Atlantic boss Shai Weiss.

He said there is now no reason for the government not to allow the return of US services next month.

Under the UK’s roadmap out of lockdown, a list of permitted destinations is expected to be published soon.

Mr Lundgren told the BBC the “clock is ticking” and airlines need clarity.

And in a speech on Friday he cited research that suggests mass travel to many popular holiday destinations would have limited Covid risks.

Mr Lundgren revealed a study commissioned from epidemiologists at Yale University’s school of public health that indicated that unrestricted travel to some of the most popular holiday destinations would increase hospital admissions by 4%.

He said the research suggested that much of Europe, including Spain, Portugal and Greece, should be categorised as “green” under a traffic light system being proposed by the government to show which countries can be visited.

“EasyJet believes that a green country should be one where unrestricted travel does not pose a risk to the NHS or the success of the vaccination programme,” Mr Lundgren said.

“On this basis EasyJet believes that much of Europe should be classed as green on the government’s framework.

It is expected the government will use a traffic light system to rank countries with high vaccination rates and other data, showing which are suitable for travel.

Mr Lundgren said the government “urgently needs” to publish this, and that most of Europe should be given a “green” light.

“As the rest of the economy emerges from this lockdown with some precautions in place, there is no reason why the same is not possible for travel.”

Also on Friday, Mr Weiss called for the US to be put on the green list. “With world leading vaccination programmes in both the UK and US, and evidence to support safe reopening through testing, there is a clear opportunity to open up travel and no reason to delay beyond May 17,” the Virgin Atlantic chief executive said.

That date is when the government says air travel restrictions could start to be relaxed, although ministers have said there is no guarantee of sticking to that timetable.

Like much of the aviation sector, both airlines have cut thousands of jobs and faced a huge hit to profits as global air travel was grounded.

Mr Weiss made his US comments as he unveiled the airline made a £659m loss in 2020, with passenger numbers falling 80%.

Transport Secretary Grant Shapps is due to chair a meeting of G7 transport ministers next week to discuss vaccine passports before announcing which countries will be open to Britons.

Earlier this week, British Airways’ chief executive Sean Doyle said he was confident about the aviation industry’s recovery, pointing to comments from European Commission President Ursula von der Leyen that vaccinated US tourists would be welcome in Europe this summer.

“Opening up an air corridor is something that can be easily achieved if we have the will on both sides of the pond,” he said in an interview with Aviation Straight Talk.