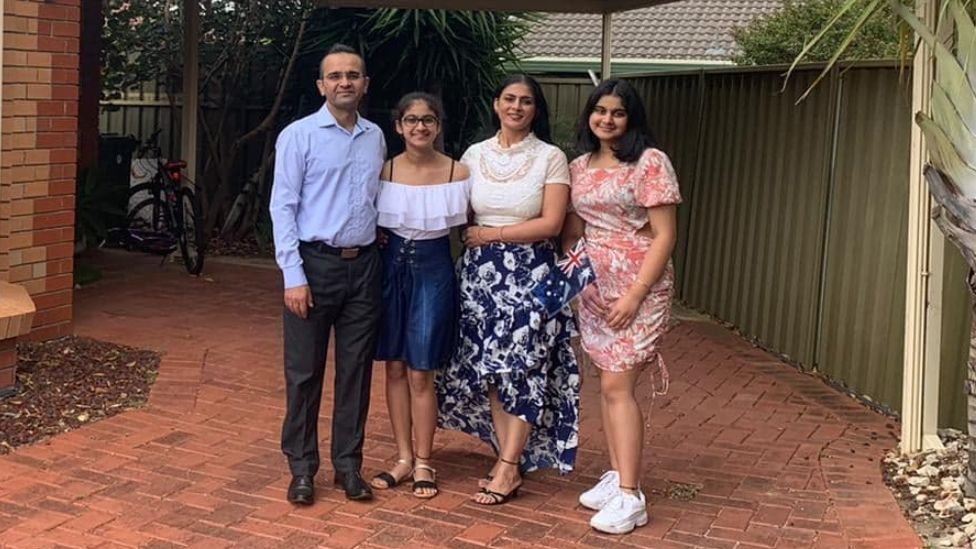 He is one of the 9,000 Australian nationals stranded in India right now, left to fend for themselves after Canberra this week banned all flights from the pandemic-ravaged nation until mid-May.

He has a wife and two daughters in Adelaide and fears their separation could drag on for months. Catching Covid in India is also a real risk.

The Australian government’s flight ban was the latest hardline action taken to keep the virus out of the country. Infection rates are near zero, and Australia has had far fewer fatalities than most countries, thanks to strict border controls and quarantine measures.

Still, those policies have left many Australians locked out. The ban on Indian arrivals marked an escalation – the first time the country has stopped evacuations and blocked citizens from returning home altogether. It’s intensified calls for more to be done to get Australians home.

Why can’t citizens get in?

Prior to the pandemic, there were estimated to be about one million Australians living overseas. Many have come home in the past year, but many more have struggled to return.

Currently, around 36,000 nationals are registered for government help to fly home, but the true number of those who wish to come back is estimated to be much higher.

Australia became one of the first nations to close its borders in March 2020. Only returning nationals and residents were allowed in. Some exemptions were granted, including celebrities, sports stars and contract workers. Since April, it has also allowed travellers from virus-free New Zealand.

Those who returned were forced to undertake – and fund – a two week quarantine stay at hotels in state capitals. In the early pandemic rush, state governments agreed to take on the burden of running quarantine instead of the federal government, given the lack of national facilities.

About a month in, a problem emerged. The number of people returning home – mostly from New Zealand, the US and the UK- threatened to overwhelm the system. There were only so many hotel rooms available.

But instead of expanding the system – for example, adding a purpose-built quarantine centre – the government drastically cut back the number of plane arrivals allowed in each week.

Prime Minister Scott Morrison initially sold the “travel caps” as a temporary limit. But the cap has become a permanent fixture.

Currently about 7,000 people are allowed in each week. But the level can be reduced at any time – causing flight cancellations and route changes. In January, it was halved due to community outbreaks and virus mutations.

Many stranded Australians say they would be happy if they felt like they were joining an ordered queue to get home. But the system has proven chaotic and arbitrary, and lacks measures to prioritise those most in need.

Who has been allowed in:

That means who gets to go home essentially comes down to the commercial airlines. The limit on arrivals into Australia has driven up airfares, pushing them out of reach for many.

It has led to the current situation, where less than half of those arriving in Australia in February were citizens.

The government has organised a number of repatriation flights, but getting a seat is highly competitive. They’re also not free.

Increasingly, no. Since the more infectious UK variant arrived in Australia, it’s tested the quarantine system.

Perth endured a three-day lockdown last week after the virus leaked out of one of the hotels. This marked the seventh time since November that an Australian city has plunged into a snap lockdown due to a quarantine leak.

In the past six months, Australia has seen 16 breaches of its hotel quarantine system as more infectious strains have come in. Breaches include transmission between travellers in separate rooms, and infections passed onto workers.

Despite efforts to fix hotel quarantine, including improving air circulation and safety protocols, the virus keeps getting out.

Still, the 16 breaches are few compared to the system’s overall success. More than half a million people have been processed through hotel quarantine, says Mr Morrison.

But each breach is a risk to the community, and the recent examples have sparked alarm about the suitability of quarantining people in city hotels.

How could quarantine be improved?

Critics have demanded a system overhaul to allow more Australians to come home. State governments, tired of having to plunge cities into lockdown, have called for federal government to help build more appropriate facilities.

Experts have consistently suggested that travellers be moved out of city hotels and into purpose-built centres in regional areas.

Many point to the success of the Howard Springs centre, a refurbished mining camp near Darwin. Instead of people being quarantined in cramped hotel rooms with shared corridors, they stay in single-unit houses with outdoor spaces. The centre will be expanded from 800 beds to 2,000 next week.

On Thursday, the state of Victoria announced it would begin work on designing a similar facility because “we need options that we can take up to make the community safer”.

“It is clear the virus will be with us for some time,” said Acting Premier James Merlino, who also mentioned Australia’s delayed vaccine rollout.

But the new quarantine centre will need federal buy-in. He called on Canberra to stump up the A$100m (£56m; $78m) investment needed to build the centre by the end of the year.

Experts have also suggested the alternative of home quarantine, which has been a success in nations like Taiwan and New Zealand.

Will the system change?

As the plight of stranded Australians stretches on, calls for change are increasing. But many who’ve been stuck overseas for months believe their pleas will be ignored.

Polling throughout the pandemic has shown broad support among Australians at home for keeping the borders shut.

And when community fear has been highest, during quarantine outbreaks and lockdowns, there have even been public debates about blocking Australians from returning altogether.

In those periods, such as in Western Australia’s recent lockdown, politicians have also sought to attribute blame to individuals, rather than scrutinise the faults of quarantine.

For people like Mr Sharma, who travelled to India to mourn his father’s death, the lack of empathy is dispiriting.

“It’s really devastating to see when people on social media say: ‘Just let them stay there’. What kind of thing is that to say about a fellow Australian?”