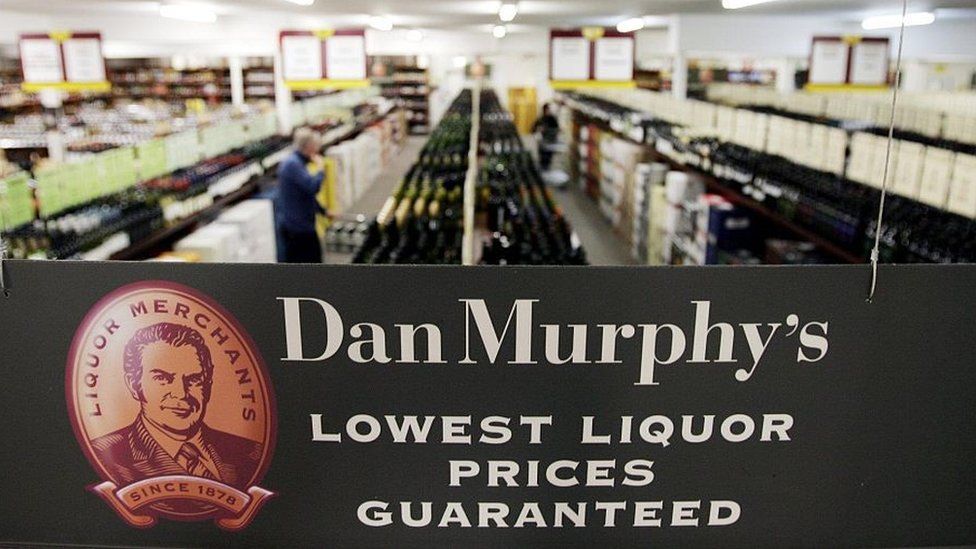 Australian supermarket Woolworths has scrapped a plan for an alcohol megastore near three dry Aboriginal communities in the Northern Territory.

The Dan Murphy’s store in Darwin would have stood close to three communities which ban selling and drinking alcohol – Bagot, Kulaluk and Minmarama.

The Northern Territory has long battled problems with alcohol abuse.

A panel commissioned by Woolworths found the firm had not consulted communities fully.

The scrapping of the store – which would have been one of the biggest in the country – marks the end of a lengthy dispute.

In 2019, an independent liquor commission for the Territory rejected an application over concerns it would increase the risk of alcohol abuse and would be too close to the dry Aboriginal communities.

Woolworths appealed against the ruling and then vowed to move the store just 1 km away from the original site.

The store was awarded a licence in November after the Territory’s government pushed amendments through parliament that effectively nullified the commission’s decision. The move was met with anger from Aboriginal health groups.

But Woolworths then commissioned the review, which found that the company had failed to engage sufficiently with Aboriginal groups.

The company said the process would “create a platform” for improved engagement with Aboriginal groups in the future.

“We think that’s the right thing to do and it was certainly more than just the lack of appropriate consultation,” she told ABC.

“It actually goes to the question of public health issues, the public health concerns that we raised consistently and the potential for increased harm as a result of alcohol.”

The Northern Territory has the highest per capita rate of alcohol consumption in Australia, but the impact falls most heavily on Aboriginal communities.