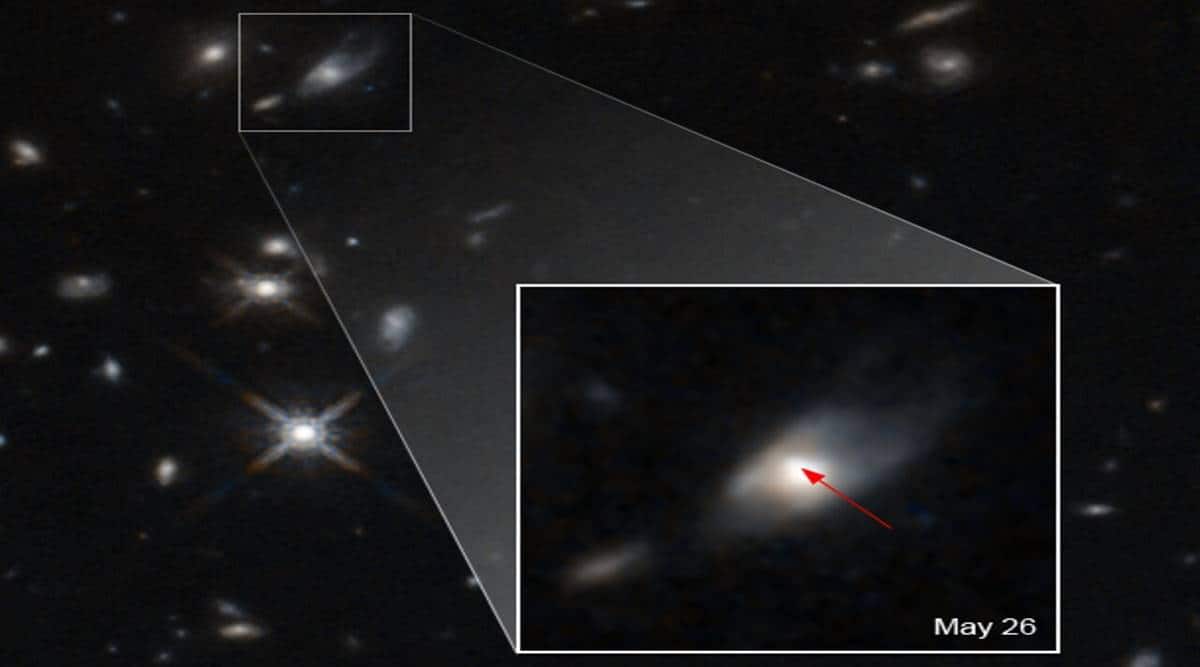 Astronomers came across a unique celestial event as they discovered the brightest infrared light from a short gamma-ray burst ever seen. The reason why it is so important is due to the glow produced is brighter than what was previously considered as maximum. The half-a-second flash of light from a very violent explosion was detected earlier this year in May. The energy was produced by the explosion of gamma rays billions of light-years away from earth which contains more energy than what our Sun will produce in its lifetime.

“It’s amazing to me that after 10 years of studying the same type of phenomenon, we can discover unprecedented behaviour like this,” said Wen-fai Fong, assistant professor of physics and astronomy at Northwestern University and lead author of the study. “It just reveals the diversity of explosions that the universe is capable of producing, which is very exciting.”

National Aeronautics and Space Administration (NASA) was able to spot the glow within three days using the Hubble Space Telescope. However, the results were baffling as it was 10 times brighter than the earlier prediction.

“These observations do not fit traditional explanations for short gamma-ray bursts,” said Fong. “Given what we know about the radio and X-rays from this blast, it just doesn’t match up. The near-infrared emission that we’re finding with Hubble is way too bright.”

In order to understand the exact levels of brightness and the distance of the origin, WM Keck Observatory on Mauna Kea in Hawaii was used by the team.

“Distances are important in calculating the burst’s true brightness as opposed to its apparent brightness as seen from Earth,” said Fong. “Just as the brightness of a light bulb when it reaches your eye depends on both its luminosity and its distance from you, a burst could be really bright because either it is intrinsically luminous and distant, or not as luminous but much closer to us. With Keck, we were able to determine the true brightness of the burst and thus the energy scale. We found it was to be much more energetic than we originally thought.”

Scientists believe that explosions like these are caused by two merging neutron stars which lead to short gamma ray bursts that can create immense levels of energy. This phenomenon is called Kilonova. These stars are dense to an extent that even a teaspoon of it on Earth can weigh a billion tons. Typically, it has the mass of our Sun compressed into a small city.

“What we detected even outshines the one confirmed kilonova discovered in 2017,” said co-author Jillian Rastinejad, a graduate student with Fong’s team at Northwestern University. “As a first-year graduate student working with real-time data for the first time when this burst happened, it’s remarkable to see our discovery motivate a new and exciting magnetar-boosted model.”

In the future, these events can be recorded better with NASA’s upcoming James Webb Space Telescope that can help scientists understand them better.