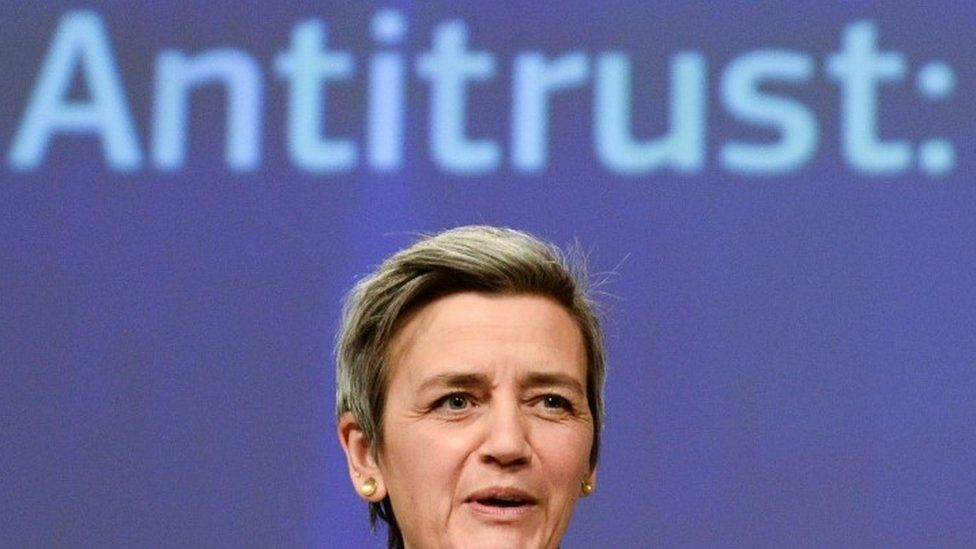 Apple has been charged with breaking EU competition rules over the way it runs its App Store.

It relates to charges brought two years ago by music streaming app Spotify which claimed that Apple was stifling innovation.

Apple faces a large fine and may be forced to change its policies if its arguments do not convince regulators.

Previously it has denied any wrong-doing.

“Apple’s rules distort competition in the market for music streaming by raising the costs of competing music streaming app developers. This in turn leads to higher prices for consumers for their in-app music subscriptions on iOS devices,” an EC statement said.

In response Apple said that it did not receive any commission on 99% of Spotify’s subscribers.

“At the core of this case is Spotify’s demand they should be able to advertise alternative deals on their iOS app, a practice that no store in the world allows,” it said in a statement.

“Once again, they want all the benefits of the App Store but don’t think they should have to pay anything for that. The Commission’s argument on Spotify’s behalf is the opposite of fair competition.”

However Ms Vestager said in her tweet that the preliminary conclusion of the EC was that “Apple was in breach of EU competition law” and “charges high commission fee on rivals in the App Store and forbids them to inform of alternatives”.

Our preliminary conclusion: @Apple is in breach of EU competition law. @AppleMusic compete with other music streaming services. But @Apple charges high commission fees on rivals in the App store & forbids them to inform of alternative subscription options. Consumers losing out.

The EC and US regulators have been investigating the App Store over two main issues – whether Apple allows developers to inform users of other purchasing options outside of the store, and the 30% commission it charges for in-app purchases.

Developers have become increasingly frustrated by the so-called Apple tax.

Under pressure from both developers and regulators, Apple has cut its commission rate to 15% for any developer than earns less than £1m in annual revenue.

The charge was initially filed in 2019 by co-founder of Spotify Daniel Ek, who said that Apple was “limiting choice and stifling innovation”.

A similar complaint was filed by e-commerce firm Rakuten in March 2020, alleging that it was anti-competitive to take a commission on e-books sold through the App Store while promoting its own Apple Books service.

Epic Games, the makers of Fortnite, also filed a similar complaint as part of an ongoing dispute with Apple over its 30% cut on in-app purchases.

It led to Apple removing the game from its App Store.

A court case between opens in the US next week and promises to reveal much about Apple’s inner workings. It will see testimony from Apple chief executive Tim Cook and Epic chief Tim Sweeney.