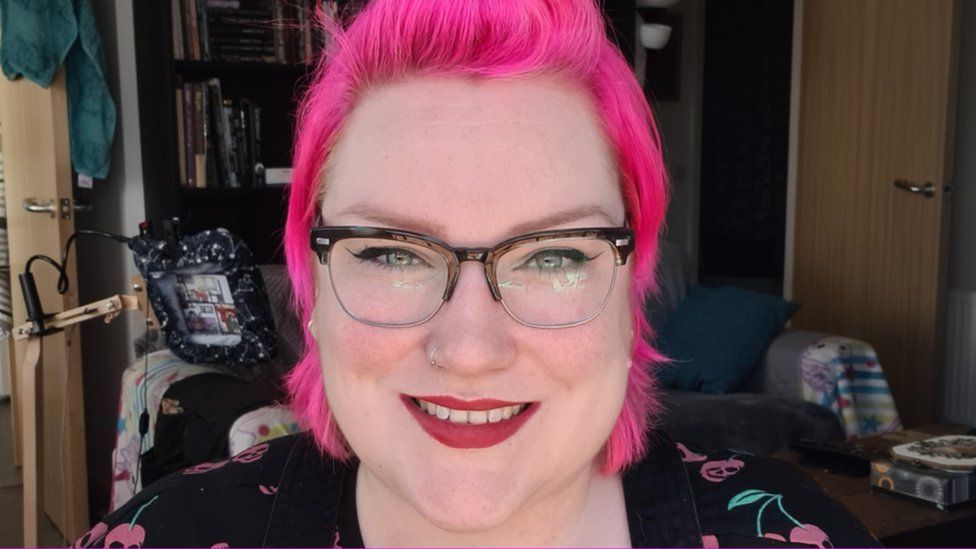 Firms seeking to boost the morale and togetherness of home-working staff over the past year have created a pandemic novelty – the virtual away day.

Jen Ferguson doesn’t usually wear fake facial hair in front of her workmates, but she was determined to get into character.

She and her colleagues at Edinburgh-based business consultancy Remarkable were playing a murder mystery game over Zoom, and they had all been asked to wear fancy dress.

Ms Ferguson had taken on the role of the detective. “I had a bowler hat, and a selection of fake moustaches,” she says.

“Every time I came on screen I had a different moustache, with no explanation whatsoever.”

Ms Ferguson says that the event, which was organised by Murder Mystery Games, a London-based company, was just what she and her team all needed.

“I’m very aware of the tough times that everybody has gone through over the past year, the sense of isolation [caused by working from home], the difficulties that people are having, and how important human connection is,” she says.

“Having these [online] social events, and having people participate, is something that I’ve felt was really, really important.”

Ben Parkinson, co-founder of Blue Hat Teambuilding, says that online escape rooms have been his firm’s most popular virtual offering during the pandemic. Participants have to solve puzzles and complete challenges to win points for their teams.

Blue Hat has 25 years experience of planning in-person events, but switched to remote activities at the start of the pandemic. And such was the demand for them that Mr Parkinson says the firm has just had a record-breaking year.

“Our market has effectively grown,” he says. “We can now work with teams across the globe.”

Rachel Arpin, a consultant at Ohio State University in the US, studies the usefulness of escape room games to help people develop leadership skills. She says that designing good ones takes skill.

“A well-designed game will give you a bunch of quick wins [to begin with], so you feel successful up front,” she says.

With more than 40% of UK and US staff having worked from home due to the pandemic over the past year, virtual away days are both a way for established workmates to reconnect, and for new recruits to meet everyone.

David Klasko, founder of New York-based Artly Working, has been offering improvisation and theatre classes to workforces since 2019. They also moved online last year, and saw a big rise in business as a result.

“Improv and improv games really help change just how interactive Zoom can be,” he says. “We’ve hit on something really valuable that we can add.”

Artly’s online workshops can involve participants inventing gestures to go along with their names, or a silent game that involves people moving around the frame of their computer camera, often with hilarious results.

“We’re all being silly and vulnerable together,” says Mr Klasko. “You’re creating water cooler moments when there’s no water cooler.”

“Our founding style of comedy is stand-up, which, yes, you can do on Zoom,” she says. “In fact, I’m a big fan of stand-up and sketch on Zoom, that uses the limitations [of video conferencing] as strengths.”

Ms Harris adds that the comedy classes enable participants to “learn about each other in the process”.

While some people might remain cynical about the actual benefit of such online team-building activities, Margarita Nyfoudi, an assistant professor of human resources and organisational behaviour at the University of Birmingham, says they are actually important if staff are working from home.

“If we work virtually, we actually need to have these bonding activities to share with each other where we are coming from.

“What are our values? What are our perspectives? How can we have a common ground and a common understanding? These activities help a team to build trust with each other.”

She adds that virtual away days also help to level the corporate playing field, because everyone can attend. These are unlike in-person away days, where people who have young children might not be able to make it.

“Usually you have to go somewhere far away [for an away day], may be stay overnight, travel… and not everyone can do that.”

But when the pandemic finally ends, and the world returns to normal, will virtual away days soon be something we just look back on?

Amy Edmondson, professor of leadership and management at Harvard Business School, thinks they will continue given that they are easier and cheaper for firms to arrange -especially if their staff are spread across different locations. For example, with virtual events you don’t have to hire a conference room, or pay for workers’ hotel accommodation and travel costs.

“You could make the argument, and I would, that face-to-face is always better,” she says. “But at what cost? It takes extra effort [to arrange in-person events].”

Ms Ferguson says: “I definitely think the virtual events will still have their place – maybe alternated, or slotted in.”