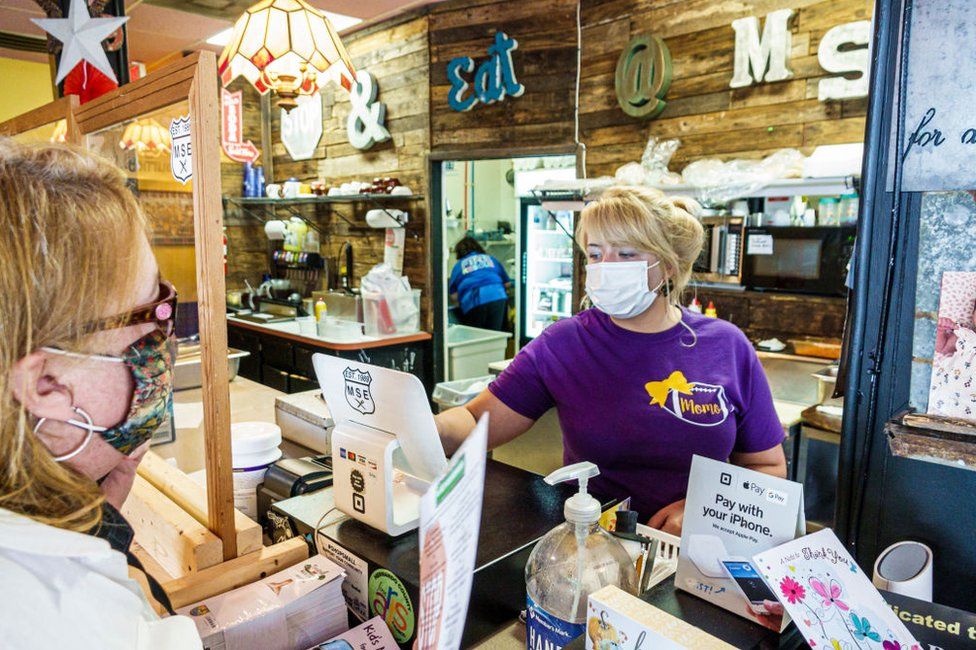 The US economy continued to recover in the first three months of the year as businesses reopened and the government spent heavily on Covid relief for citizens.

The US economy is rebounding faster than expected after contracting sharply in 2020.

But it is several years away from fully recovering from the pandemic recession.

Richard Flynn, UK managing director at financial services firm, Charles Schwab, said: “The US economy is accelerating quickly and remains on solid footing as we likely continue to move into a period of exceptional growth.

“We have experienced the sharpest economic ‘V’ in history – a deep recession and rapid recovery within just five quarters.”

The strong growth was partly down to easing anxiety over the pandemic as vaccines have been rolled out across the US, boosting domestic demand and allowing businesses such as restaurants and bars to reopen.

The Biden administration has also ushered through two additional rounds of Covid-19 relief money, the most recent of which saw unemployment subsidies extended and qualified households being sent one-off cheques for $1,400 (£1,003).

It has lifted confidence and helped consumer spending to hit a 14-month high in April. But there are questions over whether more moderate Democrats will continue to support President Biden’s ambitious economic agenda.

The US has spent about $6 trillion on Covid relief since last May, and Mr Biden unveiled a fresh $1.8tn stimulus package for families and education in his first joint speech to Congress on Wednesday.

The US Federal Reserve has played down such a risk, and its main policy making committee kept its target range for the benchmark interest rate unchanged at between 0% and 0.25% on Wednesday, citing the need to continue supporting growth.

Fed chairman Jerome Powell said there were clear signs of progress in the economy but that the recovery is “uneven and far from complete”.

“The ongoing public health crisis continues to weigh on the economy, and risks to the economic outlook remain,” added the Federal Open Market Committee, which sets rates.

In a separate report on Thursday, the Labor Department said initial claims for state unemployment benefits fell 13,000 to a seasonally adjusted 553,000 during the week ending 24 April.

Though claims have dropped from a record 6.149 million in early April 2020, they remain way above normal levels.

There were 16.6 million people receiving unemployment benefits in the first week of April.

“We’re still probably a couple of years away from pre-pandemic employment levels, but based on the powerful economic momentum built up in the first quarter, we should return close to a fully-functioning economy in the second quarter,” said Robert Frick, corporate economist at Navy Federal Credit Union in Virginia.

The US economic recovery has gained some more momentum. It grew 1.6% in the first quarter (that’s the simple quarterly growth rather than the annualised figure published by the US Bureau of Economic Analysis). In the previous three months it grew 1.1%.

The US has experienced a stronger rebound than most developed economies. That said the country is still suffering the economic effects of the health crisis.

There are many individual stories that could illustrate that and it is also apparent in the data. The economy is still behind the level of activity at the end of 2019, the pre-pandemic peak, by 0.9%. It is even further adrift of where it would have been had the health crisis not knocked it off its growth path.

Employment (which is not covered in the GDP figures) has also rebounded from its low but has not fully recovered. There will be an update on jobs on Friday.