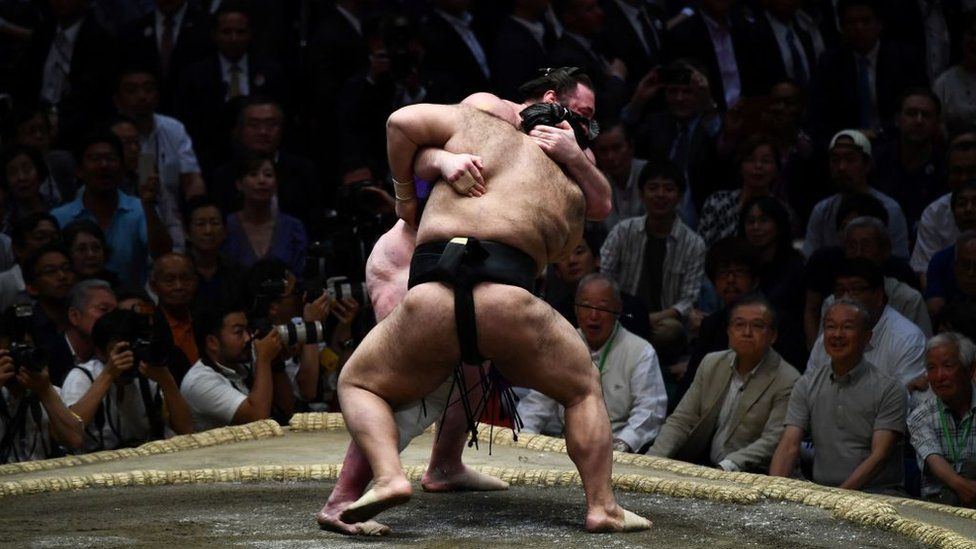 A sumo wrestler in Japan has died aged 28, one month after suffering a concussion during a match.

The sport has been criticised in the past for failing to protect its wrestlers from concussions.

Video of the fight shows the moment Hibikiryu landed on his head. He then is seen motionless on the floor as his opponent appears to check on him. At one point he manages to move his head.

Hibikiryu was eventually carried out on a stretcher and transported to a hospital in Tokyo. During the journey, he complained of numbness, Japanese media report.

The wrestler had started showing signs of improvement and eventually began to move, Yahoo Japan reports. But on Wednesday his health deteriorated and he died the same day.

His death has raised questions on the treatment of sumo wrestlers and many people have called for reforms.

On Twitter one user said: “It was disgusting to see him left lying face down unable to move as others continued around him. I truly hope sumo brings in major medical changes now”.

Another wrote: “I hope this underscores the need for reform in ringside emergency medical care for rikishi [sumo wrestlers]”.

It is not the first time that there has been a big incident involving concussion in sumo wrestling.

Last January, wrestler Shonannoumi clashed heads with his opponent and fell to the floor, showing signs of concussion. He needed several attempts to get up on his feet as the judges all looked on.

After managing to stand up, he told the judges that he wanted to carry on with the fight. The fact that he was allowed to continue brought criticism online and prompted many people to call for better protection of players.

After the backlash, the Japan Sumo Association said it would look into rule changes,.