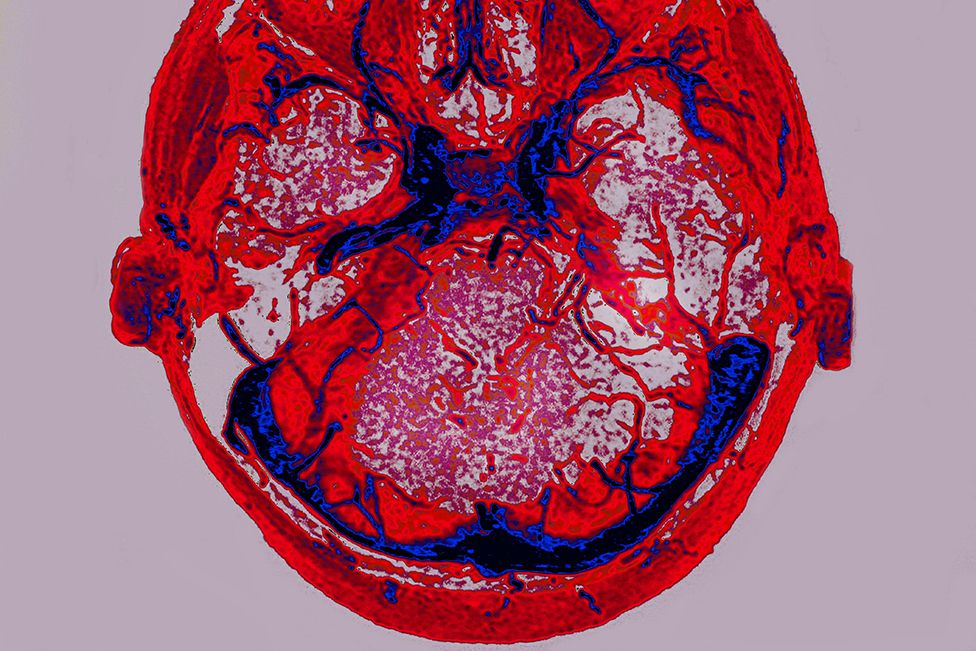 Investigations are taking place into whether cases of a rare type of blood clot are connected to both the Oxford-AstraZeneca and the Johnson and Johnson (J&J) coronavirus vaccines.

The link between the AstraZeneca vaccine and these rare clots – known as CVSTs – is not yet proven, but UK experts say evidence is “firming up”.

The Joint Committee on Vaccination and Immunisation (JCVI), which advises how vaccines should be used, is recommending healthy people under 30 be offered a different vaccine.

The Johnson and Johnson jab is not yet available in the UK – although 30 million doses are on pre-order.

However, the rollout in the US, South Africa and European Union is temporarily on hold.

What are CVST clots?

CVST stands for cerebral venous sinus thrombosis. Put simply, this is a clot found in a large vein in the brain.

Blood normally travels through veins from the brain back to the heart.

The CVST clot can block the flow of blood in the brain, reducing oxygen supply and potentially causing damage – stopping the central nervous system from working properly.

Rare clots have also been found in other areas, such as the large veins in the abdomen, in people who have had the Oxford-AstraZeneca jab, and, in a handful of cases, in some arteries (the vessels carrying blood from the heart to organs).

Why do the clots happen?

No-one is yet sure, but there are certain factors in common.

In the CVST cases under investigation, the patients were all found to have low numbers of platelets – these are the blood cells that normally help repair bleeding in the body.

Patients were also found to have a particular antibody (an immune protein that often helps fight against infection) in their blood that activates platelets.

The antibody causes the platelets to mistakenly clump together and form clots, and in turn activates other parts of the body’s clotting system.

A combination of clots and low platelets is one of the features doctors are now looking out for.

But there is a lot more that needs to be understood about the process.

How can I tell if I have one?

Anyone who has any of the following symptoms four days or more after having the vaccine should seek prompt medical help:

How long after the vaccine do clots appear?

Most cases have been seen between four days and a few weeks of people having the jab.

Medical experts in the UK now suggest doctors should consider this rare condition as a diagnosis in anyone who has matching symptoms up to a month after they have had the vaccine.

How rare are the clots?

According to the UK medical regulator, the MHRA, 79 cases have been identified, and 19 people have died.

This is out of a total of more than 20 million doses of the AstraZeneca vaccine which have been given in the UK.

Data continues to be analysed and there is likely to be more information as time goes on.

From the current information in the UK the general risk of these types of clots following a jab is estimated to be one in 250,000 – or four in a million.

Though still rare, this risk appears to increase in younger people.

The JCVI has decided that – given that healthy people under 30 are at lower risk of becoming seriously ill from Covid – the balance of risks and benefits means they should be offered a different jab, if one is available.

Experts are clear that for the vast majority of people the benefits of the vaccine vastly outweighs the risks.

Meanwhile a study looking at patients in the United States suggests 39 people in every million who catch a coronavirus infection go on to have a CVST within two weeks of a Covid diagnosis.

The study suggests though clots are still rare in coronavirus patients, catching the infection puts people at a higher risk of getting a CVST than those who have a jab.

Can the clots be treated?

Generally, the quicker that cases are identified, the better for the patient.

Treatment can involve a number of medicines and includes immunoglobulins – immune proteins – given through a drip.

Some patients will be sent home with new generation blood thinners and have regular monitoring.

An expert panel of blood specialists in the UK have put together guidance for doctors, which is being constantly updated.

What about the Johnson & Johnson jab?

Six cases of the rare clots – cerebral venous sinus thrombosis (CVST) – have been detected in more than 6.8 million doses of the J&J vaccine, the US Food and Drug Administration (FDA) said.

The FDA said it was recommending the temporary pause “out of an abundance of caution”.

It confirmed that one patient died from blood clotting complications, and another is in a critical condition. All six cases were in women aged between 18 and 48, with symptoms appearing six to 13 days after vaccination.

Johnson & Johnson issued a statement saying that it shared “all adverse event reports” with health authorities.