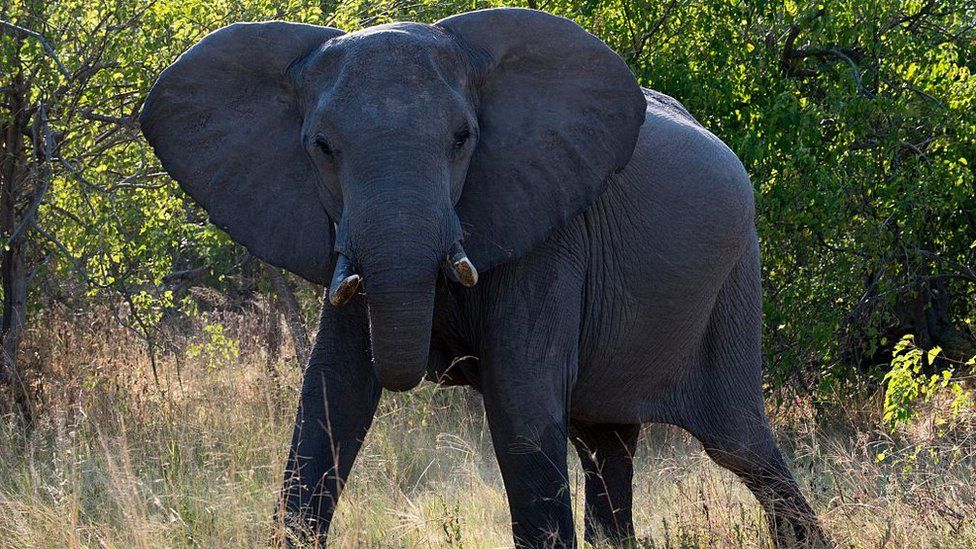 Footage has emerged of the head of the US National Rife Association (NRA) repeatedly shooting an elephant in Botswana, sparking outrage.

First published by the New Yorker and The Trace on Tuesday, the 2013 video shows Wayne LaPierre firing at the animal from point-blank range.

After Mr LaPierre struggles to kill it, another hunter takes the fatal shot.

It has led to an outcry from animal rights groups and questions about Mr LaPierre’s bungled efforts.

At the time it was not illegal to hunt elephants in Botswana, though it has since been restricted. In November last year the International Union for Conservation of Nature’s Red List of Endangered Species listed the species of elephant killed as endangered.

Ingrid Newkirk, president of animal rights group Peta condemned the footage and called for Congress to cut ties with the NRA.

“Behind the NRA’s macho posturing are scared little men who pay tens of thousands of dollars for someone else to track elephants so that they can shoot them ineptly at close range,” she said in a statement.

But the NRA has defended the footage. Spokesman Andrew Arulanandam said it was “fully permitted and conducted in accordance with all rules and regulations” and said such hunts benefit “the local community and habitat”.

Filmed by the NRA-sponsored television series Under Wild Skies in 2013 and not released until now, the video shows Mr LaPierre and his wife on a hunt in Botswana.

The NRA head is seen shooting the elephant from range, wounding it. Realising he has not killed the animal, the guides take him in close and show him exactly where to shoot to kill it.

But Mr LaPierre repeatedly fails to finish off the elephant. He grows frustrated, asking the guides, “Where are you telling me to shoot?”

After his third shot, Tony Makris – an adviser to Mr LaPierre and the host of Under Wild Skies – lifts his rifle and kills the animal. He then turns to congratulate the NRA head.

Later in the footage, Mr LaPierre’s wife Susan kills another elephant herself, cutting off its tail and holding it in the air saying “Victory”.

Botswana has more than 130,000 elephants, the world’s largest population. Officials banned the right to hunt elephants in 2014 but this was then revoked in May 2019, and last year the government auctioned off hunting permits.

This is the latest scandal to engulf Mr LaPierre and the NRA. The gun rights group filed for bankruptcy in January after allegations of financial mismanagement, months after New York’s Attorney General announced a lawsuit aimed at dissolving the group.

Mr LaPierre meanwhile has been repeatedly criticised for his response to US mass shootings. After the 2018 shooting at Florida’s Stoneman Douglas High School he gave a speech blaming families, mental health systems, the FBI, the mainstream media and European socialists for the attack.