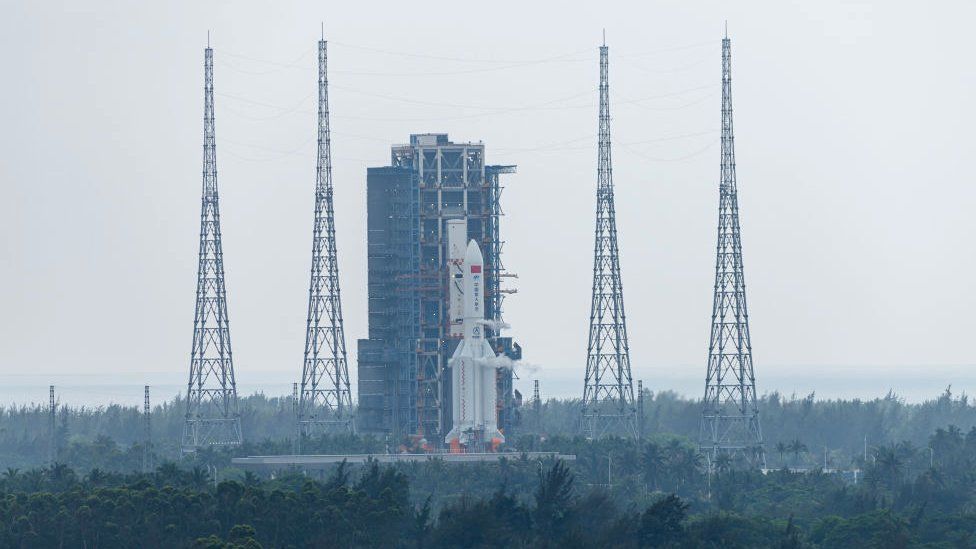 China has launched a key module of a new permanent space station, the latest in Beijing’s increasingly ambitious space program.

The Tianhe module – which contains living quarters for crew members – was launched from the Wenchang Space Launch Centre on a Long March-5B rocket.

China hopes to have the new station operational by 2022.

The only space station currently in orbit is the International Space Station, from which China is excluded.

China has been a late starter when it comes to space exploration. It was only in 2003 that it sent its first astronaut into orbit, making it the third country to do so, after the Soviet Union and the US.

So far, China has sent two previous space stations into orbit. The Tiangong-1 and Tiangong-2 were trial stations though, allowing only relatively short stays for astronauts.

“Tianhe” – Chinese for harmony of the heavens – is set to be operational for at least ten years.

Beijing plans to have at least ten more similar launches carrying more modules before the completion of the Tiangong space station next year, which will orbit Earth at an altitude of 340 to 450km (210-280 miles).

The only current space station in orbit is the ISS which is a collaboration of Russia, the US, Canada, Europe and Japan. China has been blocked from participating in it.

The ISS is due to be retired after 2024, which could potentially leave Tiangong as the only space station in Earth’s orbit.

The launch comes a month after China and Russia announced plans to build a space station together on the Moon’s surface.

Chen Lan, an analyst who specialises in China’s space programme, had told news agency AFP that the project was a “big deal”.

“This will be the largest international space cooperation project for China, so it’s significant,” he said.

China has in recent years made no secret of its space ambitions,

China has poured significant funding into its space efforts, and in 2019 became the first country to send an uncrewed rover to the far side of the Moon.

President Xi Jinping has also thrown his support behind the country’s space endeavours and the Chinese state media regularly cast the “space dream” as one step in the path to “national rejuvenation”.