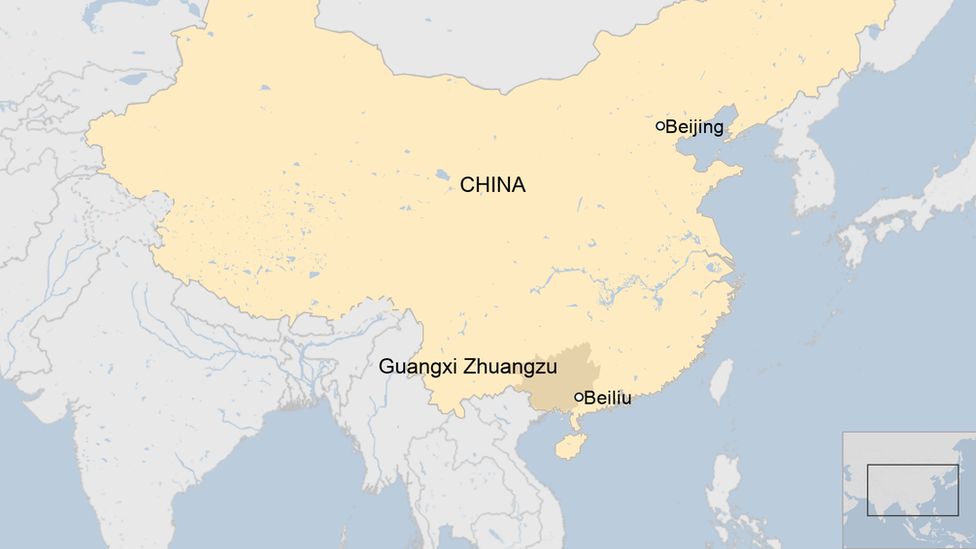 Two children have died and 16 other people have been wounded after a man entered a kindergarten with a knife in southern China, state media report.

Two of the wounded are in a serious condition after the mass stabbing in Beiliu City, in Guangxi Zhuang autonomous region.

Police have arrested a suspect and an investigation into the attack is under way, Xinhua news agency reports.

China has faced a spate of knife attacks on schools over the years.

Those found to have carried out the attacks have usually been people living with mental illness, or seeking revenge against officials or individuals known to them.

The motive for Wednesday’s attack is not clear, but the suspect is reported to have entered the kindergarten in the Xinfeng area of Beiliu at around 14:00 local time.

Xinhua reported that two children subsequently died of their injuries. Two of the injured were undergoing surgery and a further 14 were receiving medical treatment.

Kindergartens in China generally take children from the ages of three to six.

Previous deadly attacks on school children in China include an incident in September 2019 in which eight children were killed in Hubei province, and the death of nine middle school students in northern China when a man attacked them as they were on their way home in April 2018.

The 28-year-old reportedly claimed he had been bullied at the school as a child.