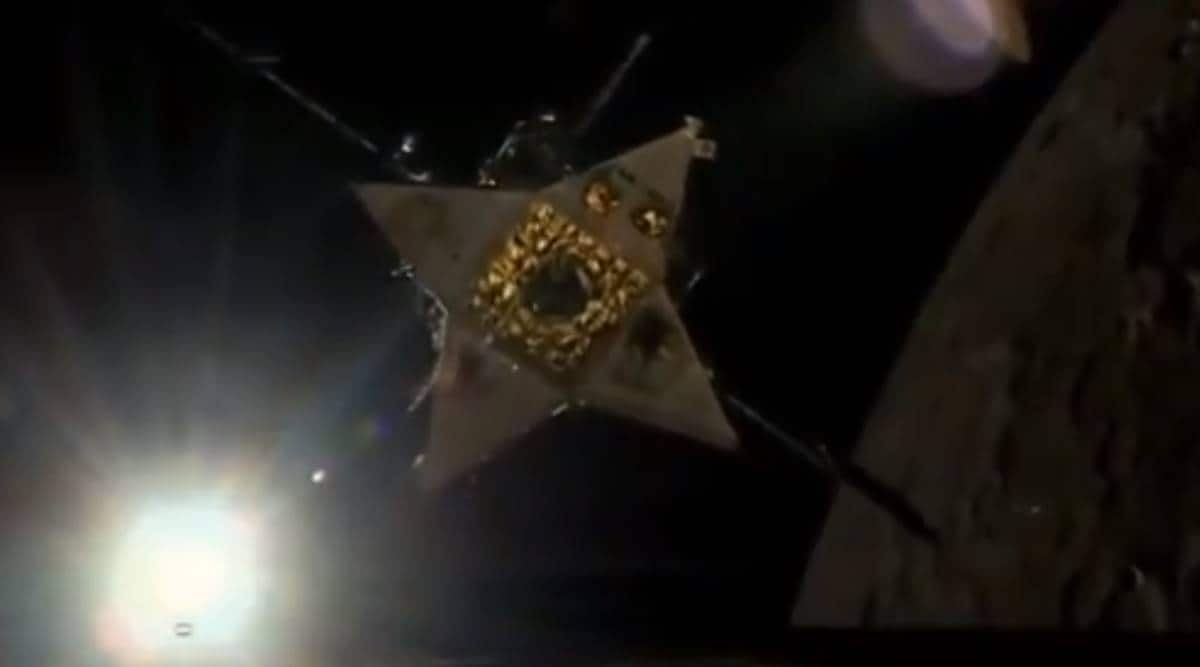 China National Space Administration (CNSA) announced on Sunday that the ascender of China’s Chang’e-5 has successfully rendezvoused and docked to return to the Earth at 2:12 AM IST after collecting the lunar samples. If the lunar samples make it safely back to the blue planet, it will be the first to do so after almost 45 years.

The Chang’e-5 probe comprises of an orbiter, a lander, an ascender, and a returner. The lander drilled and collected lunar samples that weighed two kg from Mons Rumker in Oceanus Procellarum which is situated on the near side of the moon. The samples were then sealed and transferred to the ascender which took off from the Moon’s surface on December 3.

The orbiter returner will now wait for the opportune moment to set its course back to Earth with the returner and complete the historic mission. This was also the first effort in automated lunar orbit rendezvous.

Separation of the orbiter and return vehicle from the ascender.
(cleaner footage re-upload)

The return of the spacecraft is expected to be between December 16-17. Even though there is no fixed time or date for the return, China is aiming to land it in inner Mongolia.

Earlier today, Japan retrieved a space probe carrying asteroid samples. After a six-year mission, the unmanned Hayabusa2 landed in the Australian desert and was later brought back to Japan by a helicopter to a domestic research facility of the Japan Aerospace Exploration Agency (JAXA). Studying these dust samples from the asteroid could be a big leap forward in understanding the origins of our solar system.