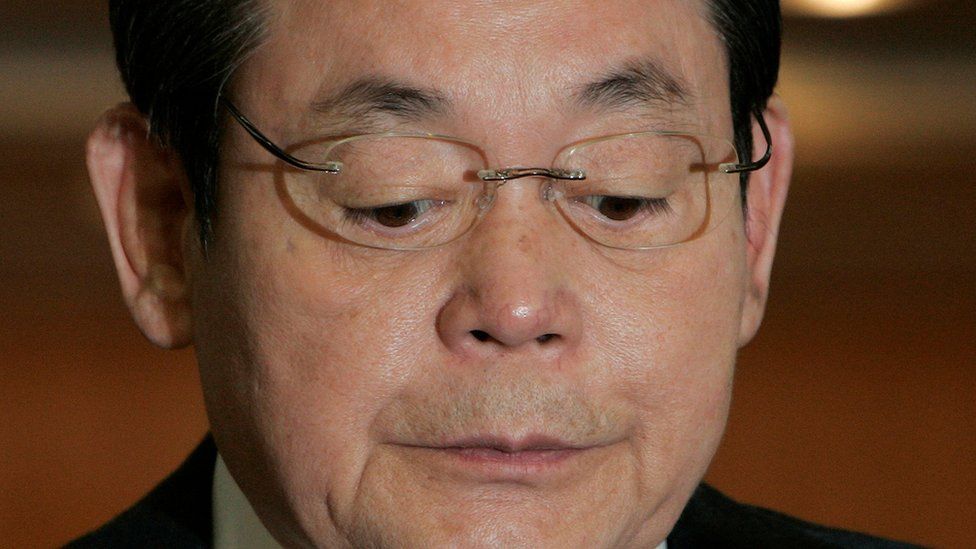 The family of Samsung Electronics chairman Lee Kun-hee will pay more than 12trn won ($10.78bn) in inheritance taxes on his estate.

South Korea has one of the world’s highest inheritance tax rates.

Mr Lee, who is credited with transforming Samsung into a global electronics giant, died in October last year.

The tax issue has been closely watched by investors as it could have affected the Lee family’s stake in Samsung.

However, shares of Samsung’s various listed divisions were mixed on the news, which provided little clarity about whether or not any shares would be sold.

Jay Y. Lee is currently in prison serving two years and six months for his role in a bribery scandal that involved the country’s former President Park Geun-hye.

In a statement, Samsung said that the payment is one of the largest ever in Korea and globally.

Mr Lee’s family “expects to pay more than 12trn won in taxes related to inheritance, which is more than half of the value of the late chairman’s total estate,” it said.

Mr Lee’s collection of antiques and paintings will be donated to the National Museum of Korea and other cultural organisations.

At 50%, South Korea’s inheritance tax rate is the world’s second highest after Japan. A premium can be added to shares if the deceased has a controlling interest in a company, potentially taking the top rate even higher.

By comparison, inheritances are taxed at 40% in the US and the UK, and at an average of 15% across the Organization for Economic Cooperation and Development.