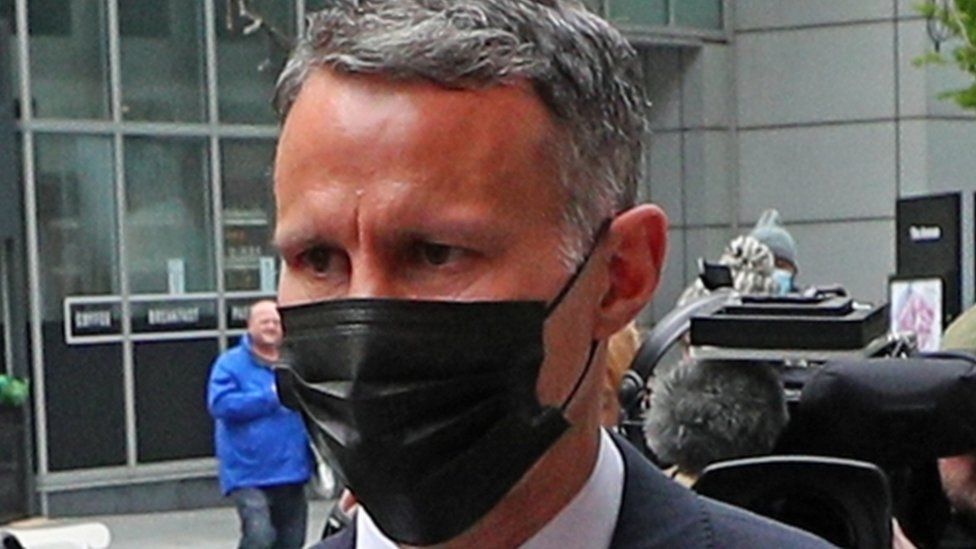 Mr Giggs is accused of causing actual bodily harm to PR executive Kate Greville, 36, and the common assault of her younger sister Emma, at his home.

The 47-year-old, of Worsley, is also charged with coercive or controlling behaviour between December 2017 and November 2020.

Wearing a dark suit and tie he spoke to confirm his address and date of birth before the three charges were read to him.

Andrea Griffiths, for the prosecution, told the court Mr Giggs had subjected Kate Greville to a “deliberate head butt” on 1 November 2020 and this had been “aggravated by domestic background” and being “in drink”.

The 13-minute hearing was then adjourned and Mr Giggs is due to appear at Manchester Crown Court on 26 May.

He has been bailed until his trial, on condition he does not approach either of the women he is accused of assaulting or approach any addresses where he believes them to be.

As a player, Mr Giggs made 963 appearances over 23 years for Manchester United, a club record.