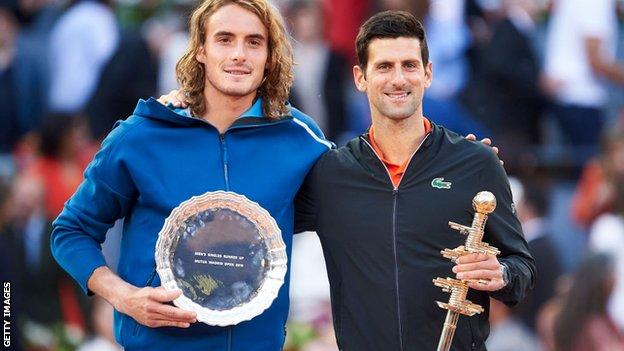 World number one Novak Djokovic will not defend his Madrid Open title after pulling out of next month’s event.

The Serb, 33, said he was sorry he would not be able to travel to Madrid for the Masters 1000 event which starts on Sunday, four weeks before the French Open

“It’s been two years already, quite a long time,” he added. “Hope to see you all next year.”

Last year’s Madrid event was cancelled because of the coronavirus pandemic.

Djokovic was stunned last weekend by Russian world number 28 Aslan Karatsev in the semi-finals of the Serbia Open and earlier this month lost to Britain’s Dan Evans in Monte Carlo.

The Serb won his 18th Grand Slam title in February with victory at the Australian Open.

He is expected to play in Rome and Belgrade next month as part of his preparations for the French Open, which starts on 30 May.