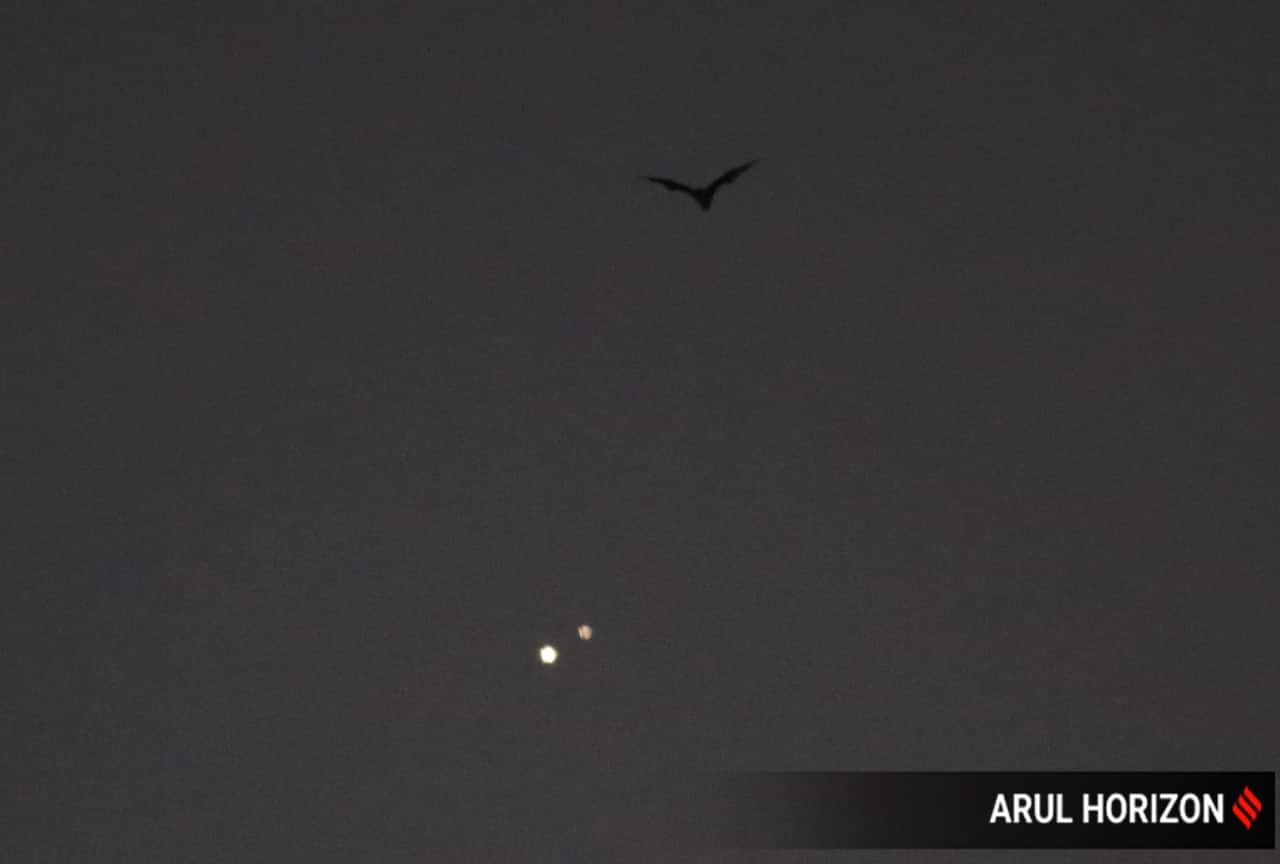 Winter Solstice Jupiter-Saturn great conjunction: People across India and the rest of the world witnessed a rare celestial phenomenon, the great conjunction of Saturn and Jupiter. The celestial event made Jupiter and Saturn appear as one bright star in the night sky. The event is visible to the naked eye as well, though those with a telescope would have enjoyed a better view.

This is the first time in over 400 years that the two appeared so close to each other, though regular conjunctions take place every 20 years. This is the closest these two planets have been recorded since 1623. That Great Conjunction of Jupiter and Saturn took place more than a decade after the telescope was invented. Before 1623, the Great Conjunction took place in 1226.

The “great conjunction” is popularly referred to as the “Christmas Star.” On December 21, almost all the viewers across the world were able to see the two gas giants very close to each other, while they were still hundreds of millions of miles apart in space.