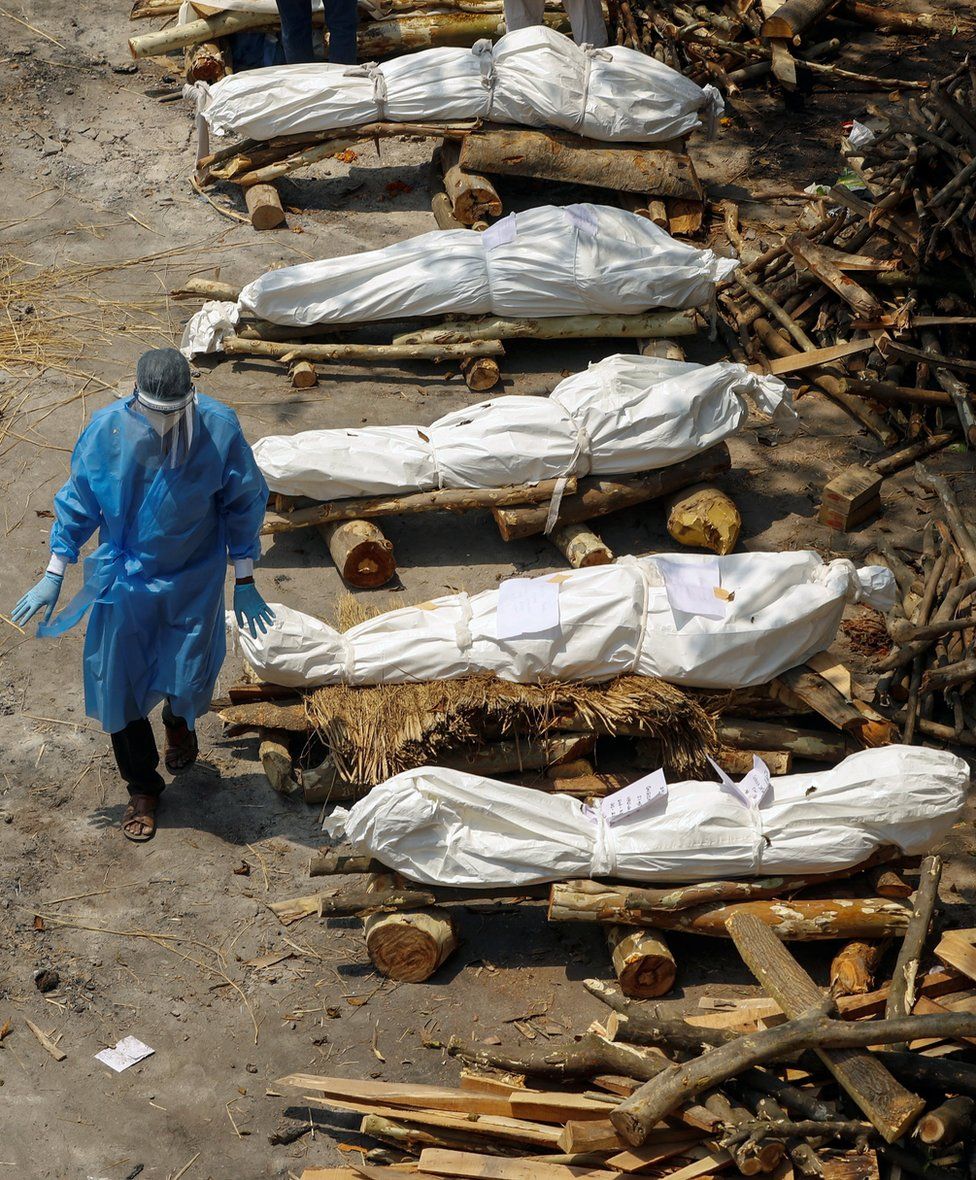 Harrowing scenes from India show the extent of the crisis gripping the nation as the second wave of coronavirus brings the death toll to over 200,000.

This article contains images some people may find upsetting.

India has seen more Covid cases in the last seven days than any other country.

People have died waiting for beds, as oxygen supplies run low and hospitals buckle under the strain.

Now crematoriums are also running out of space, with some operating non-stop and workers saying they haven’t had a break from performing last rites.

In Hinduism, cremation is traditionally the most important part of the funeral rites because Hindus believe the body must be destroyed to force the soul to separate from it.

In the Indian capital Delhi, workers have been forced to build makeshift funeral pyres, with parks and other empty spaces being utilised for cremations.

Authorities have reportedly cut down trees in city parks to use as firewood.

Families have had to wait hours before being allowed to cremate their dead and have also been asked to help with cremations by piling wood and assisting in other rituals.

Here are pictures from Delhi showing workers and relatives taking part in cremations.