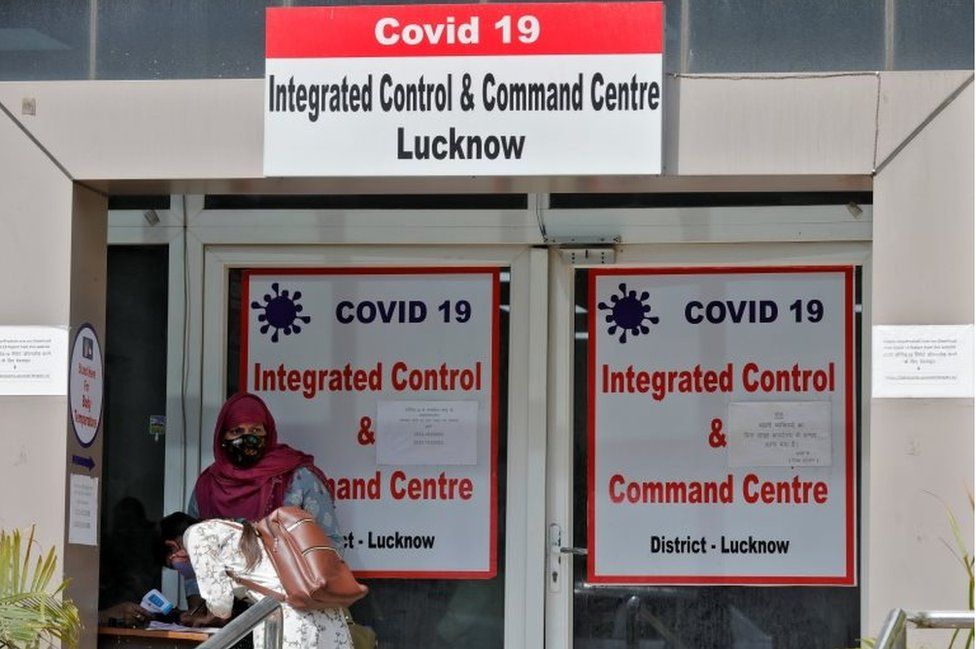 Police in India are prosecuting a man who used Twitter to try to find oxygen for his dying grandfather.

Officers in Uttar Pradesh state charged Shashank Yadav with spreading a rumour over oxygen shortages “with intent to cause… fear or alarm”.

Mr Yadav, who did not refer to Covid in his brief tweet, could face jail.

Uttar Pradesh is among India’s worst-hit states. Its chief minister, Yogi Adityanath, is accused of downplaying the severity of the coronavirus crisis.

Earlier this week, Mr Adityanath, a right-wing ally of Prime Minister Narendra Modi, demanded that the property of anyone spreading rumours and propaganda be seized.

He also said that none of the state’s hospitals lacked oxygen, although scenes have unfolded of an overwhelmed health system.

Officers in the town of Amethi claimed Mr Yadav’s “false tweet” had prompted other people to make allegations against the government, and they pressed criminal charges against him on Tuesday night.

Critics say the move reflects a general erosion of civil liberties and freedom of speech over the past few years.

On Monday Mr Yadav, who reports say is 26, put up a brief post on the social media platform appealing for an oxygen cylinder in which he tagged Bollywood actor Sonu Sood. He made no mention of coronavirus or what his grandfather was suffering from.

His appeal was then retweeted by a friend, who also contacted a journalist at the Wire. She amplified the message, as many other prominent Indian individuals have been doing in the crisis.

Cabinet minister Smiti Imrani, who is the MP for Amethi, was tagged – and responded later that evening saying she had tried to contact Mr Yadav, and had alerted local officials. She has not commented since charges were pressed.

Mr Yadav’s grandfather died on Monday night, apparently of a heart attack. Officials said he had not been suffering from Covid-19, but the circumstances around his death remain unclear.

Pressure over Covid is growing on Prime Minister Modi, who is facing increasing criticism over his handling of the crisis.

Uttar Pradesh – a state with 240 million people – has recorded 1.12 million cases and 11,414 deaths since the pandemic began.

But a closer look at the situation on the ground makes those numbers highly questionable.

On one day this month, health officials said 68 people had died across the entire state – but one newspaper ran a headline quoting officials in the capital, Lucknow, as saying they had recorded 98 Covid funerals just in that city alone.

Add to that the reports of funeral pyres burning around the clock in the holy city of Varanasi, in Allahabad, Kanpur and many others – and you get a sense of why many believe the numbers are being massively under-recorded.

And that is in just one state in India.