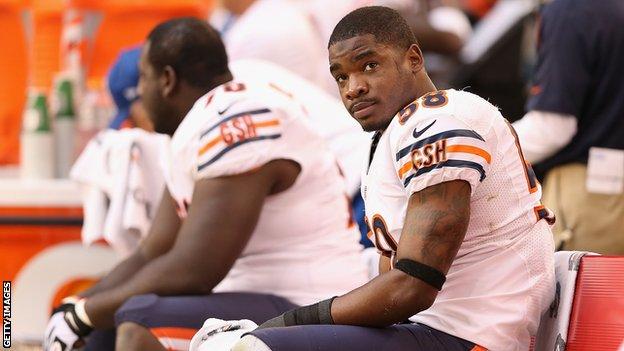 Hayes played for Tampa Bay Buccaneers, Chicago Bears and Jacksonville Jaguars in the NFL, with his last season coming in 2014.

He told ESPN last month he was on a waiting list for a liver transplant and last week was moved into hospice care.

Hayes believed pain medication taken during his NFL career contributed to the condition.

“The first diagnosis they gave me was alcoholic cirrhosis,” Hayes told ESPN.

“But when we dug in deeper, it became just chronic liver disease, because I don’t drink like that.

“If I did drink, it was just like wine or something like that. But my body is made different.”

The Bucs said they were “deeply saddened” by his death.

“Geno was a beloved team-mate and often the first player to volunteer his time to our efforts in the community,” a statement said.

“He frequently visited schools and had a remarkable ability to connect with children.

“Losing him at such a young age is heartbreaking.”