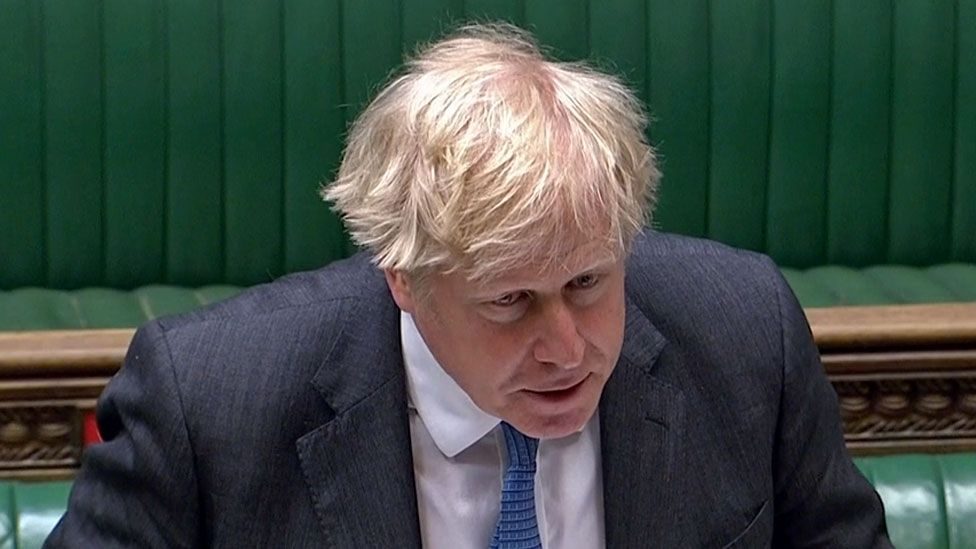 The Electoral Commission has launched a formal investigation into the funding of Boris Johnson’s Downing Street flat refurbishments.

But it has now announced it is “satisfied that there are reasonable grounds to suspect that an offence or offences may have occurred”.

Mr Johnson told MPs he paid for the revamp “personally”.

The PM has been under growing pressure to declare how the work was paid for after his former adviser, Dominic Cummings, claimed Mr Johnson had planned for party donors to “secretly pay”.

A No 10 spokesman has refused to say whether Mr Johnson initially received a loan to cover the costs, but Downing Street has insisted the prime minister has “acted in accordance with the appropriate codes of conduct and electoral law”.

Speaking at PMQs on Wednesday, Labour’s Sir Keir Starmer pushed the PM to explain who paid for the initial invoice for renovations – giving him “multiple choice” answers between the taxpayer, the Conservative Party, a private donor or Mr Johnson himself.

Sir Keir accused the government of being “mired in sleaze, cronyism and scandal”.

But in the fiery exchange, Mr Johnson replied: “The answer is I have covered the costs… I conformed in full with the code of conduct and officials have kept advising me through this whole thing.

“But I think people will think it is absolutely bizarre that he is focusing on this issue when what people want to know is what plans the government might have on improving the life of people in this country.”

While it is not against the rules to receive donations, politicians must declare them so the public can see who has given them money and whether it has had any influence on their decisions.

The Commission – which regulates party and election finance – said the investigation would “determine whether any transactions relating to the works at 11 Downing Street fall within the regime regulated by the Commission and whether such funding was reported as required”.

Shortly after the watchdog announced its investigation, No 10 confirmed it had appointed a new independent adviser on ministers’ interests.

Crossbench peer Lord Geidt will take up the role that has sat empty for five months after the resignation of Sir Alex Allan in November 2020.

What is the Electoral Commission?

The commission, established in 2001, is an independent body that regulates political finance in the UK, including donations to political parties.

Parties, campaigners, and other groups are required to report donations and loans over a certain amount – which are then published.

The watchdog monitors whether the rules are being followed and has powers to ensure they are enforced.

As well as being able to refer investigations to the police, it can hand out its own sanctions under the Political Parties, Elections and Referendums Act 2000.

They can issue investigation notices, disclosure orders and can carry out interviews – as well as impose fines of up to £20,000, which can increase if payments are late.

The PM and his fiancee, Carrie Symonds, carried out works on the flat above No 11 after moving in when Mr Johnson became prime minister in July 2019.

A number of previous prime ministers have chosen to live in that flat rather than the one above No 10 as it is bigger.

The PM receives an annual public grant of £30,000 to carry out renovations to the private residence each year – but reports from newspapers suggested the bill for the latest renovations could be as high as £200,000.

While the government has insisted that Mr Johnson paid for the refurbishments out of his own pocket, former adviser, Mr Cummings, wrote a blog last week, claiming the PM once planned to have donors “secretly pay” for the work on his flat.

He described the move as “unethical, foolish, possibly illegal and almost certainly broke the rules on proper disclosure of political donations if conducted in the way he intended”.