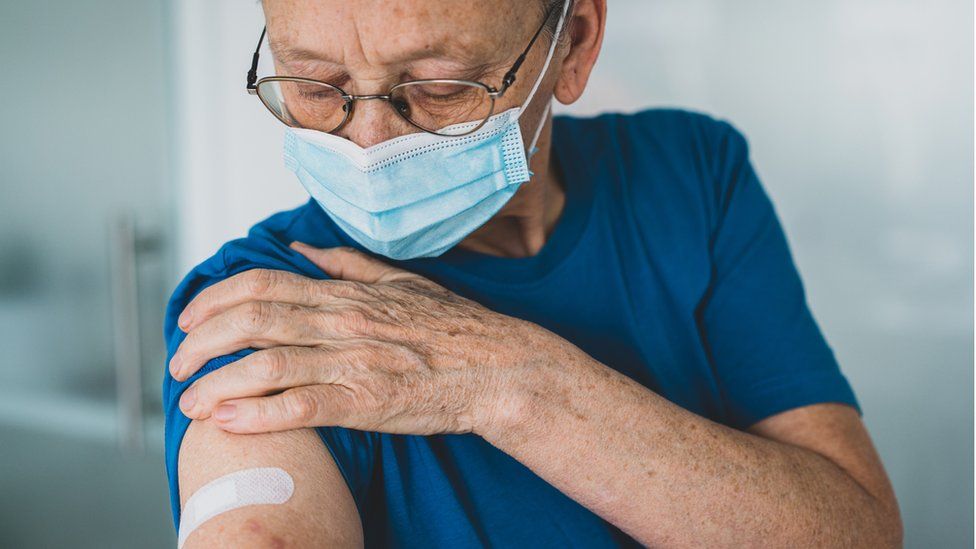 The most common side effects of the Covid-19 vaccines are pain or tenderness at the injection site – in other words, a sore arm – a UK study has suggested.

Roughly one in four people had wider effects like fever, headache, nausea and fatigue.

But these only lasted on average for one day.

Confidence in the vaccines has continued to grow since the end of last year, with more than 80% saying they believe the vaccines are safe and effective, compared with about 70% who said the same towards the end of 2020, according to a survey of 5,000 people.

The survey, run in association with the National Institute for Health Research, found twice as many people say they want to have the vaccine as soon as possible – although the number of people saying they would actively prefer the Oxford-AstraZeneca vaccine has fallen.

The ZOE study researchers looked at self-reported symptoms in 627,383 people using their app in the eight days after being vaccinated.

About 70% of people having the Pfizer jab had some reaction around where the needle went in, including pain, tenderness, redness or swelling, compared with just under 60% for the AstraZeneca jab.

The trend was reversed for those reactions that affect the whole body rather than just the site of the injection.

For the AstraZeneca jab, 34% had some “systemic” (whole body) reaction like headache, tiredness or chills. For the Pfizer vaccine this was only 14% after the first dose and 22% after the second.

The most common of these side effects was a headache.

The study’s lead scientist, Prof Tim Spector of King’s College London, said these findings should reassure people the after effects of the vaccine are “usually mild and short-lived”.

But he pointed out there was a wide range of responses to the vaccine, just as there was to the virus, depending on age and sex among other things.

The study did not look at what happened after a second dose of the Oxford-AstraZeneca jab since hardly anyone had received it at the time of the study, which went up to 10 March.

Among all vaccinated users of the ZOE symptom app, one in four (25%) had one of these whole body reactions and two-thirds (66%) had a local reaction.

Women, people under 55 and those who had a Covid infection in the past were all more likely to experience side effects.

In the final stage of the Pfizer vaccine’s clinical trials, roughly 77% of people had pain at the injection site compared with just under 30% in this study, while the proportion of people experiencing fatigue and headache was three to five times smaller.

For AstraZeneca, roughly half as many people had a whole body reaction like fever or fatigue as was recorded in clinical trials.

This may be because people in the clinical trials were younger and healthier, or because people enrolled in the trial of an experimental vaccine might be more nervous and so more likely to identify symptoms, Prof Spector suggested.

Dr Cristina Menni from King’s College London, lead author of the paper, said the results supported the safety of both vaccines and should “help allay safety concerns of people willing to get vaccinated”.