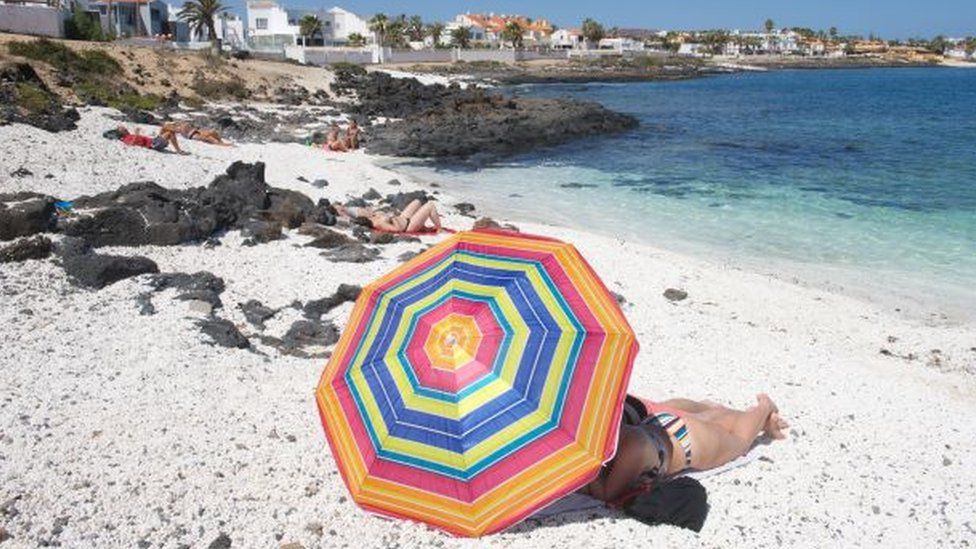 The EU Parliament is preparing to vote on a Covid passport scheme to allow tourism to resume.

The document would enable anyone vaccinated against Covid, or who has tested negative, or recently recovered from the virus, to travel across all 27 member states.

Plans for an EU certificate were raised earlier this year amid attempts to save the summer tourism season.

A number of countries are using similar documents to ease local lockdowns.

Earlier this week, Spain announced plans to open up to overseas travellers who have been vaccinated, tested negative or recently recovered from Covid.

“Spain is going to be ready in June to tell all travellers worldwide that you can visit us,” Fernando Valdés, Spain’s secretary of state for tourism, told a travel conference in Mexico earlier this week.

However, the scheme would be dependent on the EU reaching agreement on its proposed Digital Green Certificate.

Key to the EU’s digital certificate is a QR code – a machine-readable graphic code made up of black and white squares – that contains personal data and the EU’s Commission says it will be safe and secure. It is working with the World Health Organization to ensure the certificate is recognised beyond Europe.

The bloc also wants to include non-EU countries such as Norway, Iceland and Switzerland, with officials saying earlier this week that vaccinated travellers from the US may also be able to visit Europe this summer.

However, the European Commission has said that there have been “no contacts” with the UK over the issue.

A number of countries have already begun unveiling their own passport systems.

In Denmark, the Coronapas app is being used to allow customers who have been vaccinated or recovered from an infection to enter bars, restaurants and museums.

A similar scheme in Israel, which has one of the highest levels of vaccinations in the world, permits users to access hotels, gyms and theatres. The “Green pass” has also created travel opportunities for Israeli citizens, following deals with Greece and Cyprus.