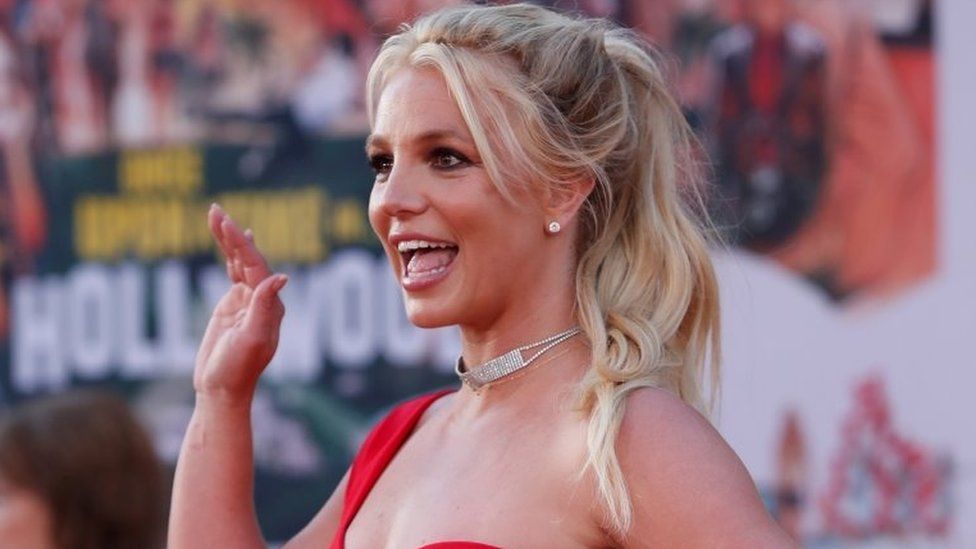 A lawyer for Britney Spears says she has requested to speak directly about her conservatorship in court.

The singer’s father, Jamie Spears, was granted control over her personal and business affairs in a court-ordered conservatorship in 2008.

The order was originally granted after the star was hospitalised amid concerns over her mental health.

A documentary released earlier this year has sparked renewed scrutiny over the arrangement.

“My client has requested a hearing at which she can address the court directly,” Samuel Ingham told the court on Tuesday, adding that his client had “asked that it be done on an expedited basis”.

The judge set a hearing date for 23 June.

It is unclear if Spears will appear in person and, if she does, what she will say.

The singer has previously indicated through lawyers that she no longer wants her father to oversee her personal affairs.

What is the legal arrangement?

Jamie Spears was originally made his daughter’s temporary conservator after she was admitted to hospital for psychiatric assessment in 2008, following a series of public incidents that raised concerns about her welfare.

Exact details of her order have not been made public but a conservatorship is granted by a court for individuals who are unable to make their own decisions, like those with dementia or other mental illnesses.

Spears’ conservatorship is split into two parts – one is for her estate and financial affairs, the other is for her as a person.

Her father used to be in control of both, but stepped down as her personal conservator in 2019 for health reasons.

Jodi Montgomery, a care professional, replaced him as personal conservator on a temporary basis but Britney Spears has requested this be made permanent.

The 39-year-old’s lawyer previously told the court she was scared of her father and would not be returning to the stage while he remained in control of her life.

A grassroots movement of fans, known as the #FreeBritney campaign, has backed her legal fight to regain her autonomy.

The prolonged legal row gained renewed attention following the release of Framing Britney Spears, a documentary which centred on the conflict over the singer’s guardianship, earlier this year.

Vivian Thoreen, a lawyer for Jamie Spears, has described him as “a fiercely loving, dedicated and loyal father” who she said had stopped his daughter being exploited.

He remains a co-conservator of her estate alongside a financial company, the Bessemer Trust.