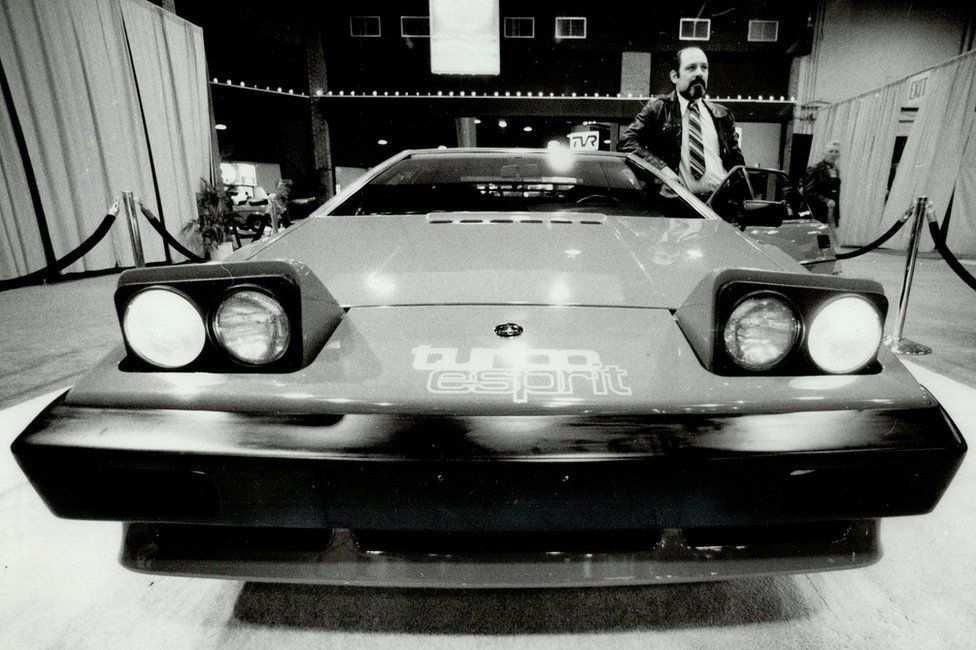 The sportscar maker Lotus has announced that a new model, to be called the Emira, will be its last conventionally powered car.

The new design forms part of a major overhaul of the Norfolk-based business, which is controlled by China’s Geely.

Managing director Matt Windle told the BBC it would form a bridge between what he called the analogue cars of today and the digital cars of tomorrow.

The firm wants all its models to be electric in future.

The investment programme orchestrated by Geely, which will see production in the UK tripled, as well as expansion abroad, is expected to cost more than £2bn.

Lotus is a brand redolent with heritage. The car company was founded in the early 1950s by the engineer Colin Chapman. It was a sister business to the racing team, which was hugely successful in the 1960s and 70s.

After Mr Chapman’s death, the Lotus group struggled. It spent periods under the ownership of General Motors, Bugatti and the Malaysian group Proton, but despite producing evocative designs such as the Esprit – an occasional company car for James Bond- it rarely made any money.

In 2017, the business was taken over by Zhejiang Geely Holding and Malaysia’s Etika Automotive, with Geely holding a controlling stake. A year later, it launched a “long term business transformation strategy”, called Vision 80.

The Emira forms part of that strategy – a new sportscar intended to increase Lotus’ global appeal. The company had been widely expected to announce that the new car would be either electric or hybrid, but that did not turn out to be the case.

According to Matt Windle, this was because the company needed time to prepare for a future in which Lotus will have to become an all-electric manufacturer.

As a result, it chose to launch a model incorporating plenty of new technology, but powered by an internal combustion engine.

“This is one last hurrah for the internal combustion engine cars, and then we move into the electrification future.”

In fact, Lotus has already taken a step in that direction, with the launch of its Evija hypercar, which is due to go into production at the end of this year.

A hugely powerful electric monster capable of more than 200 mph, it has been designed as a statement of intent. However, priced at around £2m and made in very limited numbers, it is beyond the reach of most drivers. Its successors will be more mainstream.

For a small manufacturer like Lotus, which currently builds about 1,600 cars a year, the changes the industry is facing over the next few years, with electrification and increased automation, represent a formidable challenge.

However, financial support from Geely and Etika means that Lotus is planning not only to develop new products but also to expand.

“With the Emira, we’re going to treble our production in the UK”, Mr Windle explained.

“We’ve put a new factory in, and we’ve spent £100m on manufacturing facilities here. But globally, we’ll be looking to go into the tens of thousands, and expand much further than where we are today.”

He added: “We will be a global company. We will have global employees, we’ll have global manufacturing, global outlets and global engineering as well. So it is going to change.

“And in 10 years’ time, we will be an electric vehicle only company.”

But Mr Windle insisted Lotus would not lose touch with its UK heritage.

“I’d like to know in 10 years’ time that we’ve secured the next 80 years of Lotus, so we can remember the history of the previous 80 years,” he said.