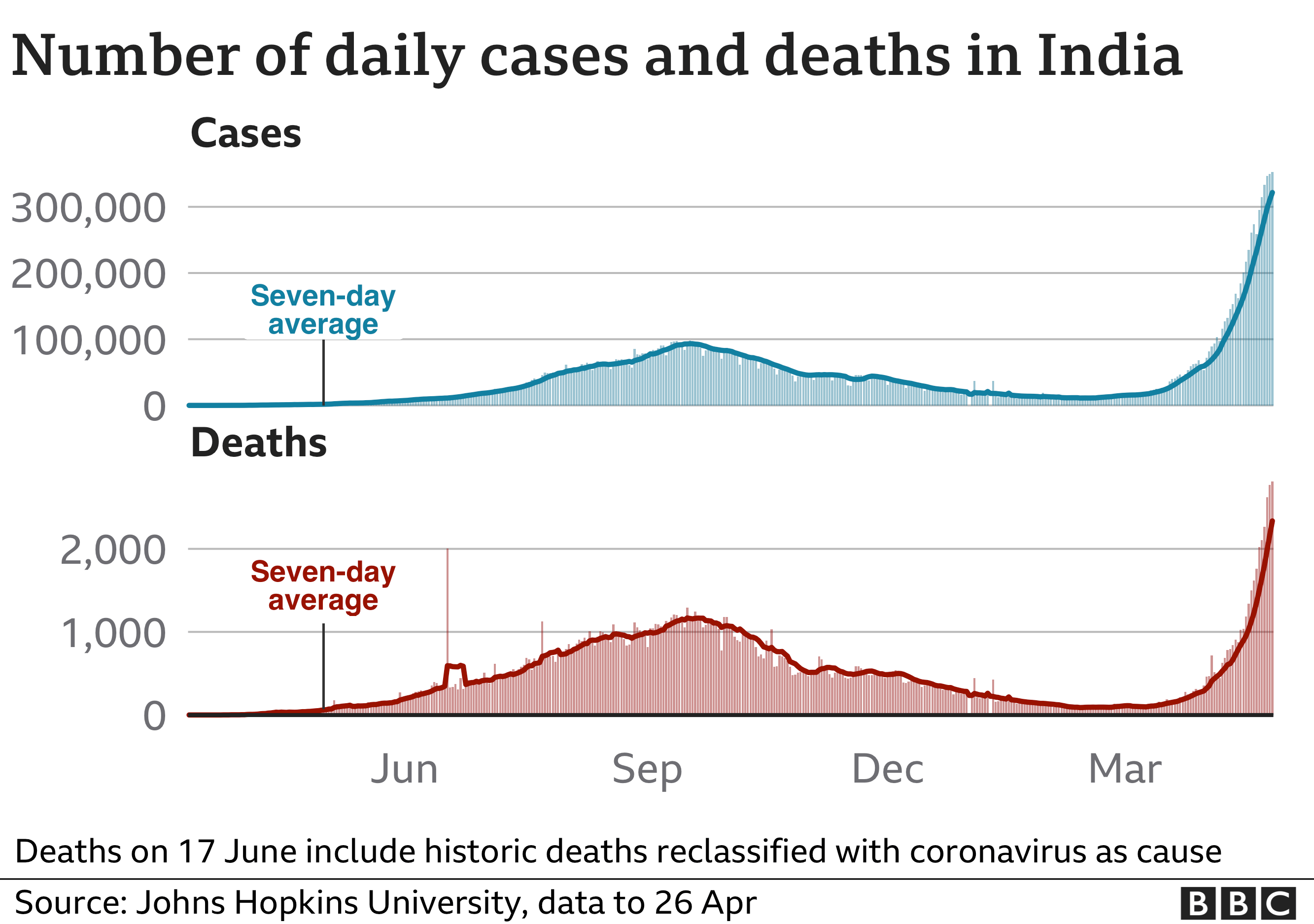 Medical supplies from the UK arrived in India on Tuesday – the first international shipment aimed at stemming a devastating Covid-19 surge.

Ventilators and oxygen equipment landed in Delhi, but far more will be needed, with India recording 320,000 new infections on Tuesday, and deaths rising close to 200,000 overall.

Hospitals are overwhelmed, with people waiting in the streets outside.

The US, France and Germany are among nations sending desperately needed aid.

The UK shipment, including ventilators and oxygen concentrators – which will help hospitals manage oxygen supplies – was unloaded at Delhi airport.

Foreign ministry spokesman Arindam Bagchi said it was “international co-operation at work”, but it is just the first trickle in what needs to be a flood of supplies.

US President Joe Biden said on Monday he would send up to 60 million doses of the AstraZeneca Covid-19 vaccine abroad and, although the destinations were not given, India could be a prime recipient.

The World Health Organization chief, Tedros Adhanom Ghebreyesus, said it was “doing everything we can, providing critical equipment and supplies”.

France is sending oxygen production units, as well as oxygen containers and respirators.

And India has stepped up its own efforts – the first “Oxygen Express” train, which aims to transport 70 tonnes of the gas, arrived in Delhi.

But around many Indian cities, images still show people waiting outside hospitals in ambulances or lying on makeshift beds, while elsewhere flames rise from the funeral pyres of victims.