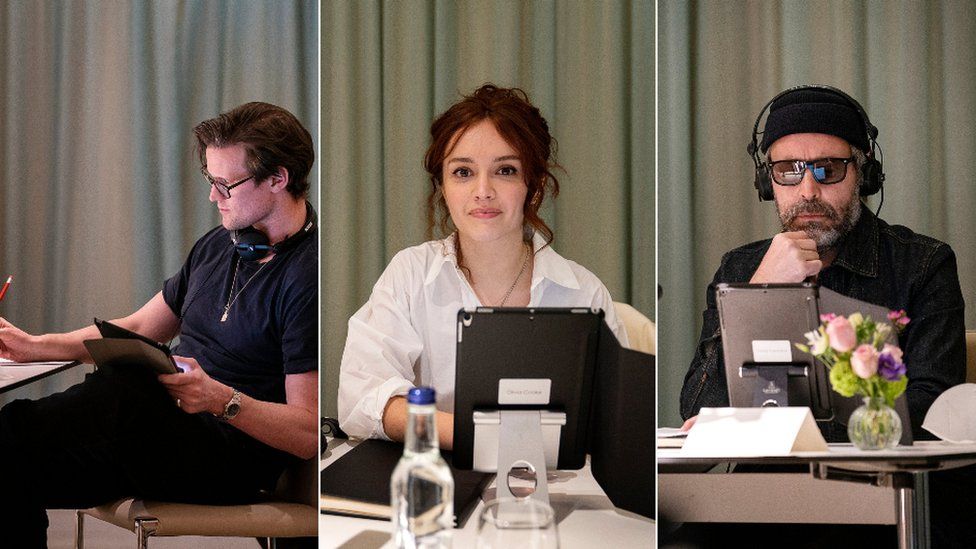 The Game of Thrones prequel series House Of The Dragon has started production, HBO has confirmed.

The network marked the occasion by sharing a photo from a socially-distanced table read, including stars Paddy Considine and Matt Smith.

House Of The Dragon is set 300 years before the events of Game Of Thrones and will tell the story of the Targaryen family.

The show, created by Martin alongside showrunners Miguel Sapochnik and Ryan J Condal, is scheduled for release in 2022 on the HBO Max streaming service.

Considine will star as the “warm, kind and decent” King Viserys Targaryen in the TV adaptation.

Smith, known previously for his lead role in Doctor Who and portrayal of the late Duke of Edinburgh in The Crown, is to play Prince Daemon Targaryen.

Fans of the original show, adapted from Martin’s A Song of Ice and Fire fantasy books, will know the Targaryen family are destined to become embroiled in a bitter civil war.

One of their descendants, Daenerys Targaryen, played by Emilia Clarke, was a major character in the main series that ran for eight seasons from 2011 to 2019.

The show was a pop culture phenomenon, scooping 59 Emmy Awards to become one of the most successful series in television history. However, its final season, written beyond Martin’s published source material by David Benioff and D. B. Weiss, divided fans and critics.

House Of The Dragon is one of many Game Of Thrones TV projects HBO has in the pipeline as it looks to revive the franchise’s legacy, with a West End stage show also in production.