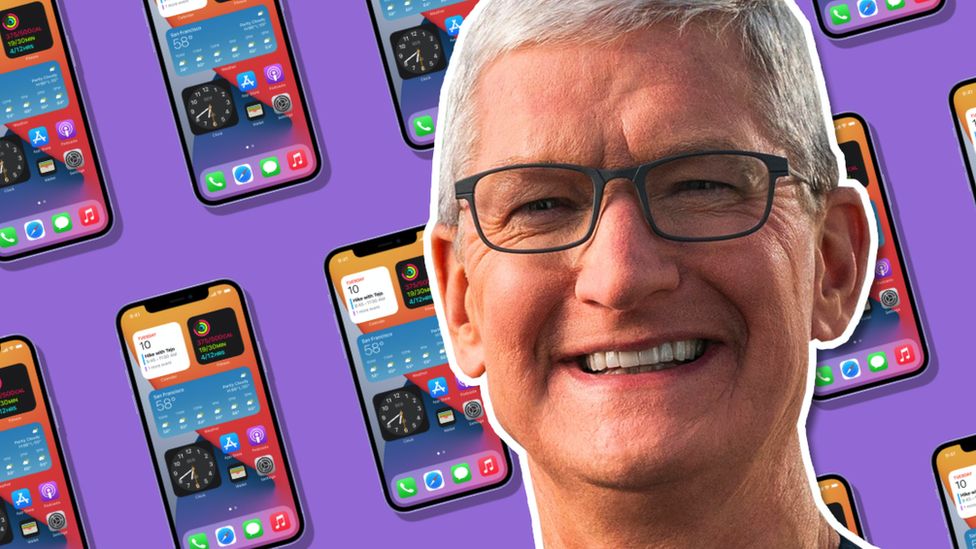 Apple has announced its new iOS 14.5 update for the iPhone and iPad.

The most newsy feature is its new App Tracking Transparency function – which means users will have to “opt in” if they want their online activity tracked by companies. Here are the things that caught our eye.

Unlocking an iPhone wearing a mask

Apple’s new operating system will allow you to unlock your phone whilst wearing a mask – with a gigantic catch.

Apple said: “With Apple Watch on the wrist, unlocked, and in close proximity to iPhone, users can simply glance at their iPhone and they will receive haptic feedback from Apple Watch, indicating their iPhone has been unlocked.”

For anyone who doesn’t own an Apple Watch, as well as an iPhone, this feature won’t work.

The new update will mean a prompt will flash up when you want to download an app – asking for your permission for the app to track your online activity.

That data is currently used to create highly targeted ads based on your online behaviour by companies like Facebook.

Facebook has publically lobbied against the new change. The less Facebook knows about you, the less money it can charge for adverts.

Apple’s motives for the move have been questioned. If app developers can’t make as much through advertising, they might be more inclined to charge for services – and Apple makes money from these payments.

You can read more about this update here.

Apple has introduced several new emojis in its latest update.

For example, people will be able to select different skin tones for the “couple kissing” emoji and “couple with heart” emoji.

Apple said that “Additional emoji include characters for face exhaling, face with spiral eyes, face in clouds, hearts on fire, mending heart, and woman with a beard, among others.”

“Siri no longer has a default voice, allowing users to choose the voice that speaks to them when they first set up their device,” says Apple.

However many of Apple’s devices are made in China, where Apple has received criticism for not being more vocal about the government’s treatment of Uyghurs.

Apple’s critics say that the company should be consistent in its messaging on diversity – both at home and abroad.

The small disc can be attached to things like your keys or wallet. If you lose them, you’ll be able to track them with the Find My app.

This looks very similar to another product on the market: “Tile”.

Last week Apple was criticised during a Senate hearing for copying Tile’s idea.

Tile’s General Counsel Kirsten Daru said “We welcome competition but it has to be fair competition and Apple’s idea of competing is patently unfair.”

She also accused Apple of preventing Tile from using the technology behind Apple’s Find My function, giving AirTags an unfair advantage.

James Clayton is the BBC’s North America technology reporter based in San Francisco. Follow him on Twitter @jamesclayton5.