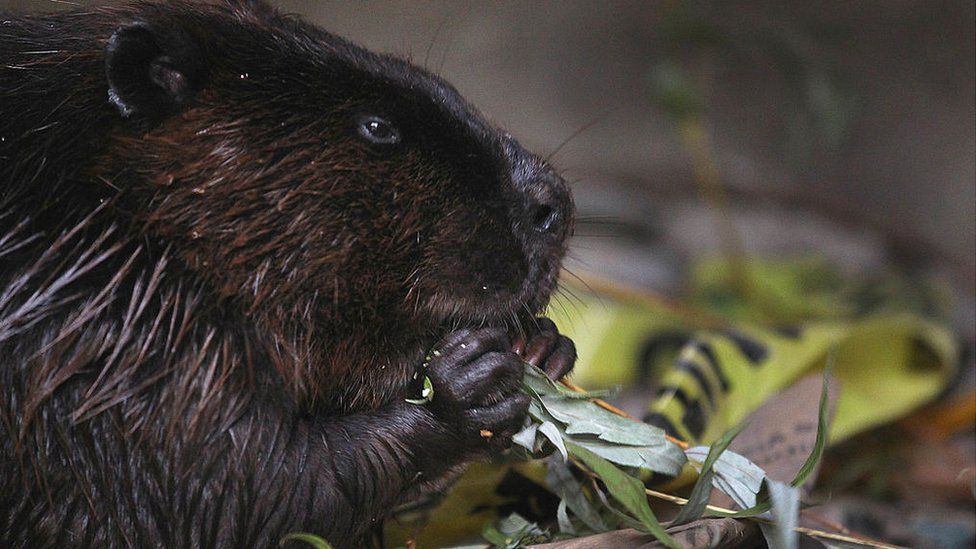 Beavers have been blamed after a town in the Canadian province of British Columbia lost their internet service for some 12 hours.

The provider Telus said that parts of the underground cabling, servicing Tumbler Ridge, had been found in the beavers’ home.

Some 900 internet users and 60 TV customers were affected, it said.

Telus spokeswoman Liz Sauvé described it as a “very unusual and uniquely Canadian turn of events”.

The service went down at around 04:00 local time on Saturday.

Telus said when crews went to a nearby dam they found beavers had “chewed through our fibre cable at multiple points, causing extensive damage”.

The cable had been buried about a metre (3ft) underground and protected by a 12cm (4.5 inch) thick conduit, which they had also chewed through.

Telus said it had managed to fully restore the service to Tumbler Ridge, which has a population of 2,000, by 15:30 on Sunday.

Beavers are Canada’s national animal, however they have a mixed reputation. The rodents are loved by some as the ultimate environmental engineers whose dam-building skills bring an array of ecological benefits.

But their incredibly strong teeth can cause extensive damage and farmers in particular worry at the havoc they could cause to crops and trees.

Just two weeks ago, the mayor of Grenville-sur-la-Rouge, a town in Quebec, blamed them for extensive flooding which damaged property and infrastructure.

Roughly 800 beavers had created some 200 dams around the town and Mayor Tom Arnold said more flexibility was needed to manage the rodents.

“It’s a problem that we have to get rid of. The beavers have to be eradicated,” he was quoted by CBC News as saying.

Beavers are slowly being reintroduced to parts of the UK in the hope they will help restore wetland habitats. They were nearly hunted to extinction in the 16th Century for their fur, meat and scent glands.