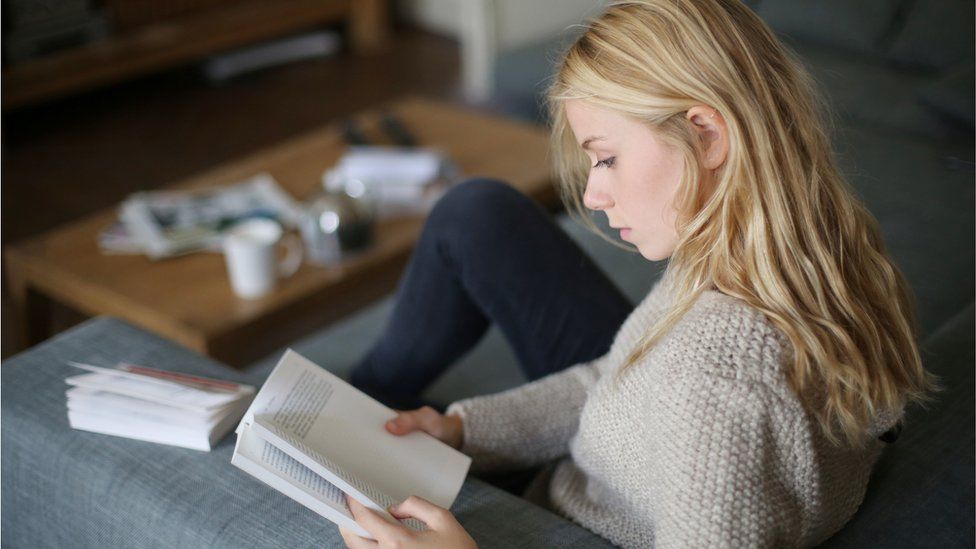 Demand for fiction and non-fiction jumped, while audio-book sales were up 37%, the Publishers Association said.

Bestsellers included The Thursday Murder Club by Richard Osman, Girl, Woman, Other by Bernadine Evaristo and 7 Ways by Jamie Oliver.

But educational book sales slumped as schools were shut for months.

Stephen Lotinga, chief executive of the Publishers’ Association, said: “It’s clear that many people rediscovered their love of reading last year and that publishers were able to deliver the entertaining and thought-provoking books that so many of us needed.

“But we shouldn’t ignore the fact that it’s been a particularly challenging year for education publishers and many smaller publishers.

“It’s also been a hugely difficult time for many booksellers and authors whose livelihoods have been enormously disrupted.”

According to the association, total UK publishing sales – including consumer, educational and academic titles – rose 2% in 2020 to £6.4bn.

The consumer market performed particularly well, with sales of fiction up 16% and non-fiction by 4%. Print accounted for £1.7bn of those sales (up 4%) while for digital it was £418m, up 24%.

Other bestselling titles included The Mirror and the Light by Hilary Mantel and Barack Obama’s memoir A Promised Land, published in November, which sold well in audio.

The UK’s enormous academic publishing industry also remained in good shape, with total income up 3% at £3.3bn. But sales of school textbooks and word books fell by a fifth.

Mr Lotinga said: “With bookshops now able to reopen, and physical events returning, we are optimistic that people will soon be able to enjoy books together again.

“We need to harness this return to reading and build on the huge opportunity this presents to everyone.”