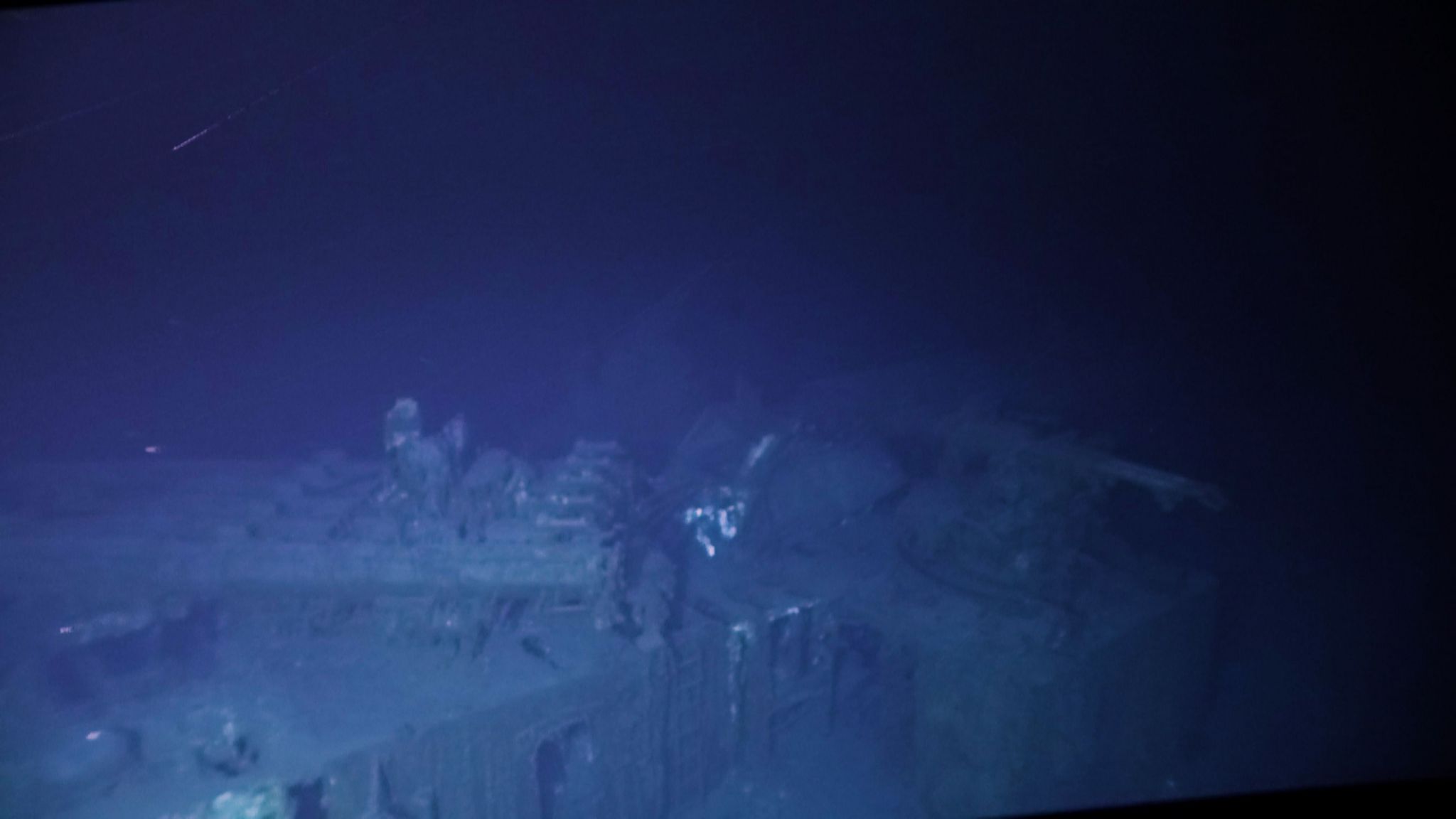 A submersible has dived to the world’s deepest-known shipwreck.

The vessel reached the USS Johnston, which lies 6.5km (4 miles) beneath the waves in the Philippine Sea in the Pacific Ocean.

Explorers spent several hours surveying and filming the wreck over a series of dives.

The 115m-long US Navy destroyer sank during the Battle off Samar in 1944 after a fierce battle with a large fleet of Japanese warships.

Victor Vescovo, who led the expedition and piloted the sub, said: “The wreck is so deep so there’s very little oxygen down there, and while there is a little bit of contamination from marine life, it’s remarkably well intact except for the damage it took from the furious fight.”

The remains of the USS Johnston were first discovered in 2019, and parts of the destroyer were filmed with a remotely operated vehicle (ROV).

But a large part of the wreckage lay deeper than the ROV was able to reach, so for this expedition a submersible called the DSV Limiting Factor was deployed.

The vessel has a 9cm-thick (3.5in) titanium pressure hull that two people can fit inside, and it is able to descend to any depth. Previously it has explored the deepest place in the ocean, the Mariana Trench, which lies almost 11km down, as well as the Titanic.

It took several dives to relocate the wreck of the USS Johnston, but then Victor Vescovo, along with engineer Shane Eigler on one dive and naval historian Parks Stephenson on another, were able to spend time surveying and filming the destroyer.

Mr Vescovo said that the hull number – 557 – was clearly visible on both sides of its bow, and two full gun turrets were also intact.

“The gun turrets are right where they’re supposed to be, they’re even pointing in the correct direction that we believe that they should have been, as they were continuing to fire until the ship went down,” he explained.

“And we saw the twin torpedo racks in the middle of the ship that were completely empty because they shot all the torpedoes at the Japanese.”

The team is now working with naval historians in the hope of shedding more light on the World War Two battle.

The relatively small USS Johnston was heavily outnumbered by the Japanese fleet, which included Japan’s largest battleship, but was awarded for its courage under heavy fire.

No human remains or clothing were found during the expedition, and the team laid wreaths before and after the dives.