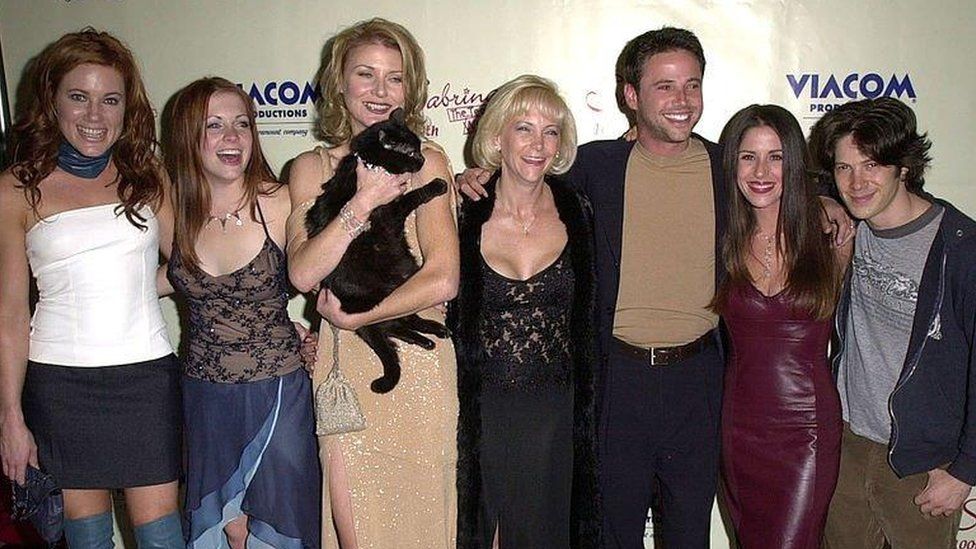 An arrest warrant, felony embezzlement charge and 20 years of turned-down jobs – all over a Sabrina the Teenage Witch videotape.

The criminal history was slapped on Texas resident Caron McBride after she failed to return the VHS copy of the nineties sitcom in 1999.

She only found out the truth when she tried to change her name on a driving licence after getting married.

She said she’d not watched the tape and it must have been rented in her name.

Her name was used to rent the VHS – a black plastic box with spooling tape in it for those who have moved on – in a store called Movie Place in Norman, Oklahoma, on Valentine’s Day in 1999.

It was not returned after the agreed 10-day period. The prosecution in the case said Ms McBride had “wilfully, unlawfully and feloniously embezzled” a tape, which it valued at a rather startling $58.59 (£42.18).

The store apparently closed in 2008, part of the countrywide disappearance of the rental video industry which was wiped out by streaming services.

It was the Texas driving licensing team that told her of the felony embezzlement charge after a recent background check.

Ms McBride said she called the Cleveland County District Attorney’s office in Oklahoma, where an official told her the charge “was over the VHS tape”.

“I had to make her repeat it because I thought, this is insane,” she said. “This girl is kidding me, right? She wasn’t kidding”.

Ms McBride said she suspects the words “felony embezzlement” led to her rejection from at least five jobs without explanation over the past 20 years.

“It’s a serious issue. It’s caused me and my family a lot of heartache financially because of the positions I’ve lost because of those two words. Something’s got to give,” she told KFOR.

The case has now been dropped, but Ms McBride still needs to get the record expunged.

She says she believes a man she was living with at the time may have rented the tape for his young daughters.

Even the Sabrina team were moved. Star Melissa Joan Hart posted a shrugging emoji and another of the show’s cast, Caroline Rhea, said: “Seriously let’s all sign a script for her to help her out.”

Netflix ran a revamp of the show – Chilling Adventures of Sabrina – from 2018 to 2020. It was not available on videotape.