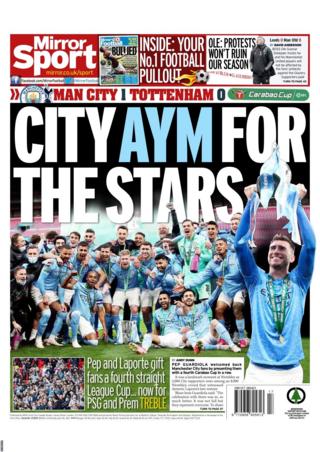 Chelsea are ahead of Manchester United and Paris St-Germain in the race to sign Real Madrid’s 28-year-old France defender Raphael Varane. (Mundo Deportivo – in Spanish)

Arsenal face a dilemma over the future of 21-year-old midfielder Joe Willock, who is on loan at Newcastle, with the Gunners needing to sell players to raise funds. (Football London)

Manchester United and Liverpool could make a move for Torino’s in-demand Italy striker Andrea Belotti, 27, who has also been linked with AC Milan, Roma and Inter. Torino have lined up Cagliari’s Brazilian forward Joao Pedro, 29, as a replacement. (Tuttosport)

Wolverhampton Wanderers are the latest club to be linked with a move for Chelsea and England striker Tammy Abraham, 23. Aston Villa, West Ham and Leicester City are also said to be interested. (Football Insider)