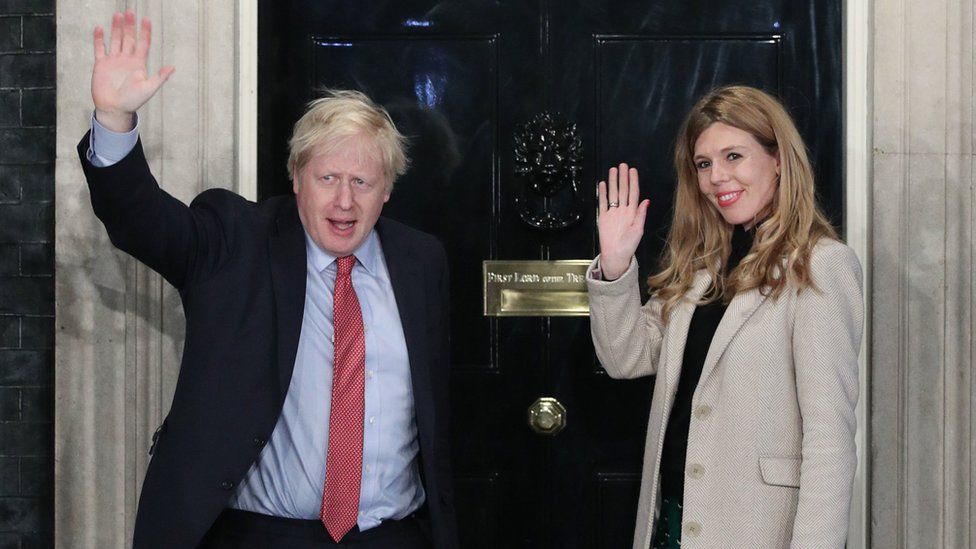 Boris Johnson is facing questions over how expensive renovations of his Downing Street flat were paid for.

Labour has called for a full inquiry into the issue. But for those who haven’t been following every twist and turn – here are the basics you need to know.

What is the flat?

Like several of his recent predecessors, Mr Johnson and his fiancee Carrie Symonds are living in the flat above No 11 Downing Street, the chancellor’s official residence.

The four-bedroom flat, which is much larger than the one above No 10, has had periodic improvements made to it in the past.

The Grade 1 listed building is owned by the UK government but prime ministers can live there while they are in power.

The flat was extensively refurbished by David and Samantha Cameron in 2011 at a cost of £30,000 – the maximum public grant available to prime ministers each year for the upkeep of their home.

Tony and Cherie Blair also spent thousands on turning the space into a family home when they lived there.

Now Mr Johnson and Ms Symonds have also carried out work on the flat, which was understood to be largely complete by early March.

Interior designer Lulu Lytle has been involved in the upgrade, a source has told the BBC.

Ms Lytle is the co-founder of Soane Britain, an upmarket London-based firm which specialises in traditional craft methods.

The couple wanted to transform the flat from Mr Johnson’s predecessor Theresa May’s “John Lewis furniture nightmare” into a “high society haven”, according to Tatler.

How much has been spent on the renovations?

Prime ministers receive an annual allowance of up to £30,000 a year from the public purse to contribute towards the costs of maintaining and furnishing their Downing Street home.

But the question is – did the most recent works cost more than that? There has been speculation the final bill could be up to £200,000, although there has been no official comment on this.

How were they paid for?

Details of how much of the £30,000 allowance was spent during the 2020-21 financial year are not yet available but on Friday Cabinet Office Minister Lord True said painting, sanding and floorboards work had been done by long-standing Downing Street contractors.

In an answer to a written question, Lord True added: “Any costs of wider refurbishment in this year have been met by the prime minister personally.”

International Trade Secretary Liz Truss also told the BBC Mr Johnson had paid for the renovations “from his own pocket”.

But there are questions over whether the money originally came from another source – and the prime minister then paid it back.

The Daily Mail has reported that the Conservative Party has received a £58,000 donation in relation to the flat.

Appearing on the BBC’s Andrew Marr Show, Ms Truss did not answer repeated questions on whether a Tory donor initially provided the money for the refurbishments.

Was there a trust involved?

There have been reports that Mr Johnson tried to set up a charitable trust for the purpose of preserving Downing Street’s heritage, which could help fund the refurbishments through donations from Tory supporters.

In the US, a scheme of this kind pays for restoration work in the White House.

This is where the picture gets a bit more complicated.

According to a leaked email obtained by the Daily Mail, the Tory peer Lord Brownlow wrote to the party’s head of fundraising last October informing him he was making a donation, including “£58,000 to cover the payments the party has already made on behalf of the soon to be formed ‘Downing Street Trust’ – of which I have been made chairman”.

A second leaked email from Lord Brownlow in June 2020 showed the decision to set up the trust was taken by Mr Johnson as long as 10 months ago, the paper reported.

But to date, no such trust has been formed.

Lord True said the government “has been considering the merits of whether works on parts or all of the Downing Street estate could be funded by a trust”.

“This could mirror long-standing arrangements in place for Chequers [the prime minister’s country residence] (a private trust) or for Dorneywood [a country home for a senior member of the government] (a charitable trust), reducing the need for subsidy from the public purse,” he added.

Why is there a row?

The PM has faced questions over the funding of the refurbishments for a number of weeks – but the issue was thrust into the spotlight again on Friday by an explosive blog post by his former chief advisor, Dominic Cummings.

Mr Cummings alleged Mr Johnson once planned to have donors “secretly pay” for the work on his flat, which he said was “unethical, foolish, possibly illegal and almost certainly broke the rules on proper disclosure of political donations if conducted in the way he intended”.

Labour has called for an inquiry and for the prime minister to reveal the full amount that was spent on the flat and who paid for it in the first place.

There are also potential issues over transparency.

Political parties have to report donations and loans to the Electoral Commission if they are above £7,500.

MPs must also declare any donations which could influence their actions in the Commons Register of Members’ Financial Interests within 28 days.

The government is supposed to publish the list of ministers’ financial interests twice a year – but the last one showing money donated to them was released in July 2020.

The Electoral Commission said it was working to establish whether any funds relating to the renovations fell within its remit of political donations, and therefore needed to be published.