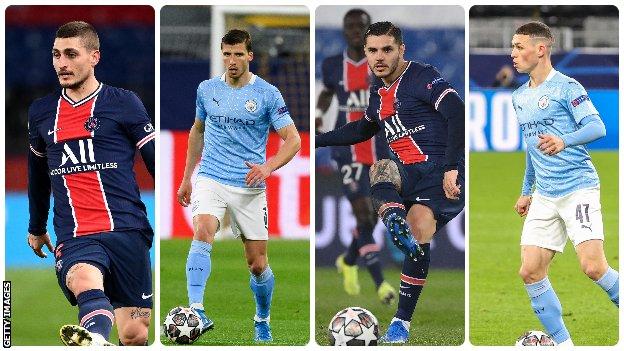 Manchester City and Paris St-Germain are two of the best teams in Europe – so how on earth do you decide on a combined XI?

Both have formidable attacking line-ups, both are desperate for their first taste of Champions League glory.

The two sides face each other in one of the semi-finals on Wednesday – but who would you pick in your combined XI?

Choose your preferred side below and share on social media using #bbcfootball.

Pick your combined starting XI from the Manchester City and Paris Saint-Germain squads ahead of their Champions League semi-final meeting.